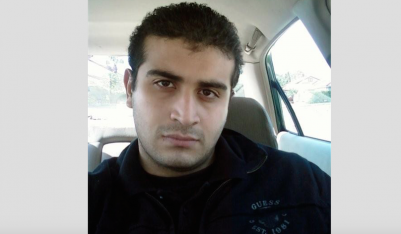 The Department of Justice and Federal Bureau of Investigation released the entire written transcript of the 911 call made by the Orlando terrorist during the attack on the Pulse nightclub.  Earlier in Monday, DOJ released redacted portions of the transcripts.

In a joint-statement accompanying the full transcript release, the DOJ and FBI stated:

The purpose of releasing the partial transcript of the shooter’s interaction with 911 operators was to provide transparency, while remaining sensitive to the interests of the surviving victims, their families, and the integrity of the ongoing investigation. We also did not want to provide the killer or terrorist organizations with a publicity platform for hateful propaganda. Unfortunately, the unreleased portions of the transcript that named the terrorist organizations and leaders have caused an unnecessary distraction from the hard work that the FBI and our law enforcement partners have been doing to investigate this heinous crime. As much of this information had been previously reported, we have re-issued the complete transcript to include these references in order to provide the highest level of transparency possible under the circumstances.

From the statement, it appears as though the criticism surrounding the partial, redacted release caused the FBI and DOJ to reconsider their prior stance on the issue.

Earlier on Monday, Republicans blasted the decision to only released redacted versions, led by House Speaker Paul Ryan who called the partial release “preposterous” in a statement on his website.  Speaker Ryan added, “We know the shooter was a radical Islamist extremist inspired by ISIS. We also know he intentionally targeted the LGBT community. The administration should release the full, unredacted transcript so the public is clear-eyed about who did this, and why.”

Here is the full transcript released on the DOJ website:

2:35 a.m.: Shooter contacted a 911 operator from inside Pulse. The call lasted approximately 50 seconds, the details of which are set out below:

OD: Emergency 911, this is being recorded.

OM: In the name of God the Merciful, the beneficent [Arabic]

OM: Praise be to God, and prayers as well as peace be upon the prophet of God [Arabic]. I wanna let you know, I’m in Orlando and I did the shootings.

OM: My name is I pledge of allegiance to Abu Bakr al-Baghdadi of the Islamic State.

OM: I pledge allegiance to Abu Bakr al-Baghdadi may God protect him [Arabic], on behalf of the Islamic State.

OD: Alright, where are you at?

OD: Where in Orlando?