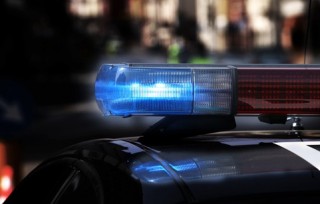 On Monday, the Supreme Court handed down a decision in Utah v. Strieff, ruling that police were able to use evidence against someone after unlawfully stopping them, because of an exception to illegal search and seizure laws. The Court was split 5-3, with some strong dissenting opinions. Justice Sonia Sotomayor characterized it by saying, “This case allows the police to stop you on the street, demand your identification, and check it for outstanding traffic warrants—even if you are doing nothing wrong.” If you ask me though, that’s a bit of an exaggeration. In fact, not only was the Court right, it’s not even close.

The case is about a police detective, Douglas Fackrell who was investigating a house that was suspected of being related to drug activity. During his investigation, Fackrell unconstitutionally stopped a person, Edward Strieff,  looking for information about the house, only to find that Strieff had an open arrest warrant for a past traffic violation. During a search incident to the lawful arrest, the officer found that Strieff was in possession of drugs. Strieff’s attorney argued that the drugs were not admissible as evidence because they were recovered during an illegal stop.

Normally, evidence recovered as a result of an unlawful search or seizure is barred under the Fruit of the Poisonous Tree doctrine. That doctrine states that any evidence that police get a hold of as a result of their illegal activity cannot be used. For instance, if police search someone’s house without a warrant and they find an illegal weapon inside, the weapon cannot be used as evidence because it was discovered due to illegal police activity.

In the Court’s majority opinion in Strieff, Justice Clarence Thomas ruled that the drugs were allowed through an exception to the Fruit of the Poisonous Tree doctrine. Clearly, not all of his colleagues agreed with him. Justices Sotomayor, Elena Kagan, and Ruth Bader Ginsburg dissented with the Court’s opinion, saying that it basically now allows police to stop people for no reason, because if they happen to have an open warrant, it’s allowed. They’re wrong, but I’ll admit that it’s a controversial issue. It’s even raised discussion in the LawNewz.com office. But the law is fairly clear on the matter.

There are established exceptions to the Poisonous Tree rule, including the “attenuation doctrine,” which Thomas described as “when the connection between unconstitutional police conduct and the evidence is remote or has been interrupted by some intervening circumstance.” The Court has three criteria to look at to determine whether the attenuation doctrine applies. First, the time between the bad police activity and the seizure of evidence; second, whether there are any intervening factors in the police getting the evidence; and third, the “purpose and flagrancy” of the police misconduct, meaning how extreme the police’s wrongdoing was.

Justice Thomas acknowledges that Detective Fackrell broke the law when he stopped Strieff. And because Fackrell recovered the drugs from Strieff just minutes after stopping him, Thomas admits that this case fails the first prong of the test that focuses on the time between the bad action and the seizure of evidence. But that’s really where the controversy should end. The second prong of the test is whether there was an intervening circumstance, and the discovery of a legally issued arrest warrant absolutely qualifies. Fackrell would not have searched Strieff if he hadn’t been arresting him, and it is standard procedure to search someone during an arrest to make sure they don’t have any weapons or dangerous material that could put the officer at risk.

Once Fackrell discovered the warrant, of course he was going to arrest Strieff. Thomas quoted a 1984 case that says, “A warrant is a judicial mandate to an officer to conduct a search or make an arrest, and the officer has a sworn duty to carry out its provisions.” So Fackrell should not have been expected to just let him go.

Lastly, and this is where I think most of the confusion, is the issue of purpose and flagrancy. Justices Sotomayor and Kagan, who authored the dissents, ignore this aspect completely. They argue that allowing the evidence of drugs in this case would give police officers a free pass in illegally stopping any person for no reason, if the suspect happens to have an outstanding arrest warrant. This is completely false. Thomas discussed the case of Brown v. Illinois, where officers arrested someone without a warrant or probable cause, for the purpose of questioning them and getting information. Their actions were determined to be too purposeful and flagrant. So there is clearly a precedent that cops can’t just do whatever they want, and the current case is no different.

First of all, Fackrell didn’t arrest Strieff. He stopped him and questioned him. As Thomas said, this was wrong, because instead of requesting that Strieff speak with him, Fackrell demanded that Strieff do so, and he asked for his identification, which ultimately led to discovering the warrant. But he did this as part of a legitimate investigation of a house, based on a tip that there were drugs there, and he wanted Strieff to tell him what was going on. Wrong? Yes. Flagrant? Not at all. Kagan said Strieff’s case is equivalent to Brown’s but it’s not. She wrote, “Plug in Fackrell’s and Strieff ’s names, substitute “stop” for “arrest” and “reasonable suspicion” for “probable cause,” and this Court’s decision in Brown perfectly describes this case.” That’s a pretty big substitution, because stopping someone to ask them questions is far different from arresting them and taking them into custody.

Also, the police in Brown acted solely for the purpose of getting the information that they illegally obtained. Fackrell acted to get information about other people. Finding drugs on Strieff was a result of discovering the warrant, which had nothing to do with the reason for the stop.

Kagan and Sotomayor take issue with that, though. They wrote about how so many people have open warrants that police may as well stop a person and hope there’s already a warrant out for their arrest. Kagan mentioned the “staggering number of such warrants on the books,” as if to imply that odds are if a cop stops someone, they’re going to have an open warrant. She makes it seem like everyone in Utah is running from the law! Please. This ignores the fact that police need to have a legitimate purpose for stopping someone, and if their actions are too out of line, the law is against them. Plus, of course, people can sue them for breaking the law and infringing on their rights.

If you get lost in the fact that Fackrell was wrong in the first place, it’s easy to lose sight of the actual legal issue here. The standard for examining illegal search and seizure is different from the standard for flagrant misconduct. If Fackrell had searched Strieff and found drugs on him without knowing there was already a warrant for his arrest, that would have been illegal search and seizure, and the arrest likely would have been thrown out. But in reality, the arrest was already warranted and deemed legal before their paths even crossed. Him having drugs on him at the time was bad luck on his part.