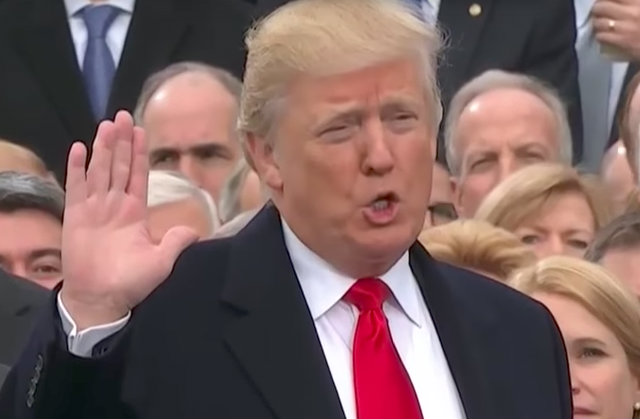 On Friday, the ACLU-DC is going toe-to-toe with the Department of Justice over Facebook info from thousands of anti-Trump protesters. A hearing is scheduled for 2:15 EST before Chief Judge Robert E. Morin at the Superior Court of the District of Columbia. The ACLU filed their motion in September. They are seeking to quash three search warrants, or failing that, get the court to appoint a “special master.” This person, who would not belong to the U.S. Attorney’s office, would look over all the info, and only give the prosecutor stuff relevant to the investigation.

Over 200 people are facing rioting charges. The government got separate warrants on three Facebook accounts: the disruptj20 page (now known as Resist This) owned by Emmelia Talarico, and personal accounts owned by Lacy MacAuley, and Legba Carrefour.

The ACLU said these three people haven’t even been charged by the U.S. Attorney. They argued the DOJ’s request was way too broad under the Fourth Amendment because the warrants asked for information not relevant to the investigation. Requested data would go back to Nov. 1, 2016, a week before the presidential election. This included information on the plaintiffs’ friends, associates, and the approximately 6000 individuals who just “liked” an anti-Donald Trump Facebook page. This goes so far as to possibly chill First Amendment speech rights by allowing the government the ability to learn more about people linked to anti-Trump protests.

The DOJ declined to comment when we reached out to them about the original motion.

A similar case came to a head on Tuesday. The government tried to get their hands on the IP addresses of 1.3 million people who visited the DisruptJ20.org website, but they won’t be getting what they originally wanted. DreamHost, the hosting provider, successfully narrowed this search in court. This company still has to provide some information, but 1) the DOJ must make a report detailing their search protocol. They must take pains to minimize access to information not approved by the warrant. 2) The court must approve that report. 3) Identifying details on “non-subscribers” must be redacted. That means people who simply visited the site should be protected. 4) The government must ask for and justify its ability to retain specific data for their investigation. And 5) they can only get specific, un-redacted information if the court agrees that this shows probable cause of criminal activity.

You can read that ruling here. The name of the judge in that case: Chief Judge Robert E. Morin, who will also preside over Friday’s hearing.