Kansas Teacher Barred From Training Because She Boycotts Israel 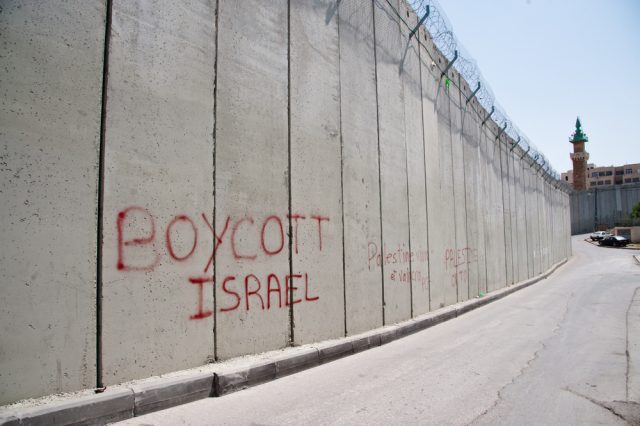 A schoolteacher in Kansas has filed a lawsuit against the state’s educational authorities after being barred from training other teachers due to her political and religious views.

Esther Koontz coaches the curriculum at Horace Mann Dual Language Magnet school in Wichita, Kansas. She is also member of the Mennonite Church. On July 6, 2017, the Mennonite Church USA’s delegate assembly voted 98 percent in favor of a resolution adopting a “third way” approach to the Israel-Palestine conflict.

That vote was not in favor of the broader Boycott, Divestment and Sanctions (“BDS”) movement. BDS was launched by 170 Palestinian civil society organizations in 2005 and calls for a full boycott of Israeli goods, academic and cultural products.

The Mennonite approach is explained in detail in their resolution, “Seeking Peace in Israel and Palestine.” The resolution limits the church’s boycott to “products and investments directly related to the military occupation of Palestinian territories,” while also calling for dialogue with Israelis and Palestinians committed to nonviolence.

The resolution also instructs Mennonites to address and oppose the twin currents of antisemitism and Christian Zionism and to strengthen relationships with Muslim and Palestinian communities in the United States.

In June of this year, Kansas overwhelmingly passed a law, HB 2409, which reads, in relevant part:

As a member of the Mennonite Church USA, Koontz believes she is bound to respect her church’s decision. Her support for Palestinian rights was developed earlier on, however, after she visited the Middle East in the early 2000s. Last fall she took part in a lengthy information session which solidified her interest in peace between Israel and the Palestinians.

Koontz wrote, “I left the meeting with the conviction that I needed to do my part to support the Palestinian struggle for equality, even if it just meant not buying Sabra hummus or a SodaStream machine.”

But because of Kansas’ new law–and her political/religious dedication–her future job security appears to be in peril.

Last spring, Koontz was chosen to take part in a statewide training program for math teachers in Kansas. She completed the necessary training modules in order to do so. But a few days after her church voted in favor of the settlement boycott, she received an email from the Kansas State Department of Education asking her to sign the following statement:

As an Individual or Contractor entering into a contract with the State of Kansas, it is hereby certified that the Individual or Company listed below is not currently engaged in a boycott of Israel.

After many weeks of mulling it over, Koontz decided she could not sign the statement. She was then told she would no longer be able to take part in the state’s teacher training program.

On October 11, Koontz filed a lawsuit against Kansas Commission of Education Randall D. Watson. Her suit alleges multiple violations of her First and Fourteenth Amendment rights. Koontz is being represented by attorneys with the American Civil Liberties Union.