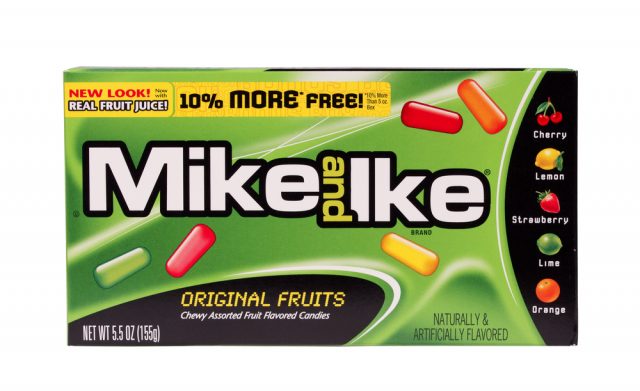 A California woman is bitter that she didn’t get enough sweets in a box of candy. The woman allegedly purchased a box of Mike and Ike candies at a theater for $4, and was dismayed when she realized that it was only about half-filled, according to TMZ. Now she’s suing over it.

Her lawsuit claims that had she known that the box was deceptively large and not stuffed with Mike and Ikes, she wouldn’t have purchased it. The woman alleges that she checked a box of Hot Tamales, made by the same company, Just Born Quality Confections, and noticed the same problem. In contrast, a competing candy company supposedly fills their boxes. Companies typically mark the net weight of a box’s contents on the packaging. It’s unknown whether the contents of the Mike and Ikes or Hot Tamales weighed less than what their boxes claimed.

Matt Pye, Vice President at Just Born Quality Confections, said in a statement to LawNewz.com, “These are baseless allegations and we intend to vigorously defend ourselves. Our products and labels comply with all FDA regulations and provide consumers with the information they need to make informed purchase decisions.”