Woman Accused of Faking Cancer So She Could Get Taxpayer-Funded, Late-Term Abortion 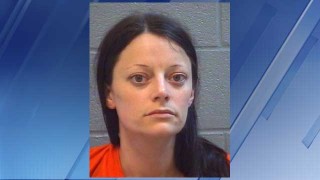 The trial for a Phoenix woman accused of faking cancer so she could get a taxpayer-funded, late-term abortion started Thursday morning. Chalice Renee Zeitner is accused of forging medical documents in order to persuade her OB-GYN to terminate her second-trimester pregnancy, according to AZCentral.com. During opening statements, Zeitner’s attorney told jurors that his client honestly believed she was gravely ill at the time of the 2010 abortion.

“She genuinely thought she had cancer,” Adam Schwartz, her attorney, said.

Prosecutors in Arizona painted a different picture. They contend she forged documents so as to convince her doctor that her abortion was medically necessary and qualified for state Medicaid (which is called Arizona Care Cost Containment System). Zeitner claimed she had stage IV sarcoma, and was scheduled to go to Boston to have tumors removed in her abdomen and lower spine, according to the Attorney General’s Office. She claimed that if she didn’t have the abortion, her life would be in danger, according to prosecutors. They say they later discovered by checking in with the Massachusetts doctor that he had never met Zeitner nor treated her for cancer.

At the time, the state covered the $6,346.48 abortion. The doctor apparently became suspicious of Zeitner, when the following year he delivered a baby for her, and saw no signs of the procedures that the 30-year old claimed she had undergone, according to AZCentral.com. She is facing charges which include fraudulent schemes, identity theft, theft and forgery.

Zeitner is also facing additional charges stemming from a fraud case in which she is accused of opening a credit card in the name of a founder of a charity that that help veterans.