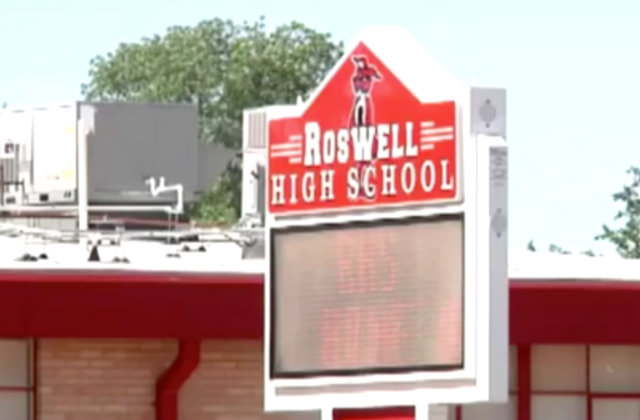 Students at Roswell High School in New Mexico say a racist question showed up near the end of a test.

“Why are n—–s black?” was on an image of the exam obtained by KOB. It reportedly showed the N-word.

“When I first saw it, I was just taken aback,” student Justice Adler told the outlet. “This isn’t right. I’m not reading this right, and then I kept reading it over and over again and I just got so angry.”

The Roswell Independent School district and the state’s Public Education Department said they’re investigating a student who they think “altered and tampered with an end of course exam.” The PED insisted that that no such question existed in the original exam, and there was “no breach of the testing platform.”

We reached out to The Roswell Independent School District for comment, and a spokesperson said they will provide a statement shortly.