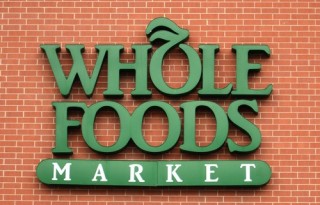 After Jordan Brown, an openly gay pastor from Austin, Texas claimed that a Whole Foods store sold him a cake with a homophobic slur on it, the supermarket chain says he made it up, The Statesman reported. On Tuesday, Whole Foods released video surveillance footage that they say proves Brown wrong.

Brown alleged that he ordered a cake with the phrase “Love Wins” written on top in frosting. He claimed the cake he received said, “Love Wins F–,” and showed it in a YouTube video. Whole Foods insisted that the cake Brown purchased was sold just as requested.

The store said in a statement that the box in Brown’s video had a UPC code on the side and bottom of the box. Whole Foods claims that the security video shows that Brown’s cake was scanned via a UPC code on the top of the box, which was not present in Brown’s video. They also said that their policies prohibit employees from “accepting or designing bakery orders that include language or images that are offensive.”

“After a deeper investigation of Mr. Brown’s claim,” the store said, “we believe his accusations are fraudulent and we intend to take legal action against both Mr. Brown and his attorney.”

Whole Foods also came to the defense of their employee, saying:

“We stand behind our bakery team member, who is part of the LGBTQ community, and we appreciate the team members and shoppers who recognize that this claim is completely false and directly contradicts Whole Foods Market’s inclusive culture, which celebrates diversity.”