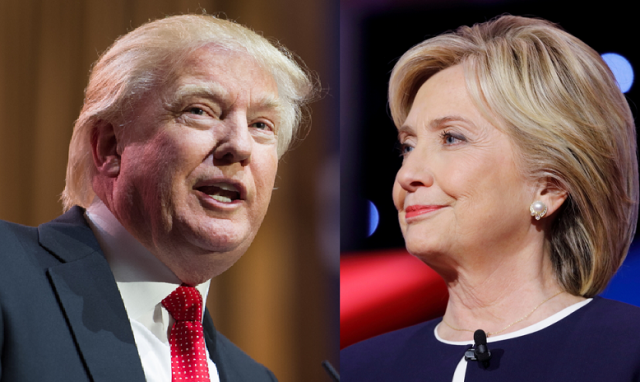 Apparently, the bad reviews and Costco book signings aren’t enough to get Hillary Clinton down.

This time, Hillary’s saying that she’d maybe like to challenge the results of the 2016 presidential election.

The two-time losing presidential candidate spoke with NPR‘s Terry Gross on the network’s misnomered flagship program Fresh Air earlier today. Gross pointed out that many Democrats want a mulligan on the 2016 election because of Russia’s allegedly outsized role in that contest. The NPR host then fished for Clinton’s thoughts on doing exactly that. Clinton replied, “I don’t know if there’s any legal constitutional way to do that. I think you can raise questions.”

Perhaps unsatisfied with the initial response, Gross then asked Clinton, “[W]ould you completely rule out questioning the legitimacy of this election if we learn that the Russian interference in the election is even deeper than we know now?” The rest of the exchange went like this:

When pressed as to how such a feat might be accomplished, Hillary had to admit that her idea was more akin to a storyline from Peter Daou‘s personal fan-fiction than real life.
She said, “I don’t believe there are [means to challenge the election.] There are scholars, academics, who have arguments that it would be, but I don’t think they’re on strong ground. But people are making those arguments. I just don’t think we have a mechanism.”
The former lady then mentioned how the results of an election in Kenya were recently overturned before veering off into a brief discussion about the “weaponization of information.”
[image via screengrab]
Follow Colin Kalmbacher on Twitter: @colinkalmbacher