Man Asked Cop to Find His Marijuana, Body Camera Captured What Happened Next 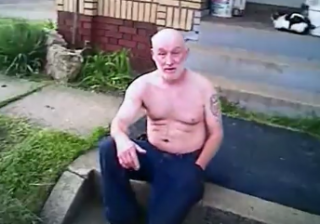 This one was too good not to share. A cop’s body camera captured video on Saturday of a man asking him to find marijuana he said he lost on the ground. The kindly officer, Patrolman Seth Busche, took a look around and quickly found it. When the man asked if Busche could toss it back on the ground, Busche said no and arrested him.

Yahoo News said Busche had first spotted him stumbling down the road and helped him home before assisting him with the misplaced marijuana. According to the Alliance, Ohio Police Department’s Facebook page, the man was intoxicated at the time.