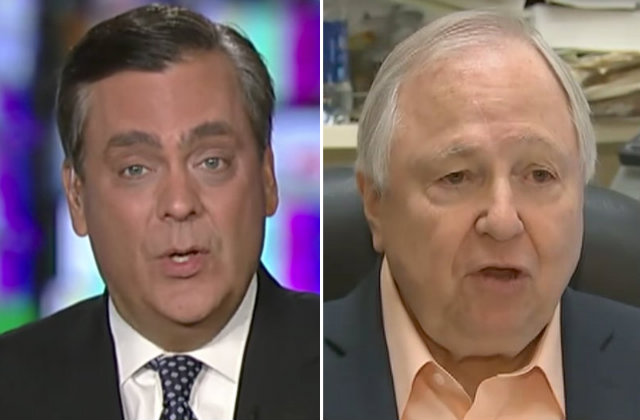 “If a panel consists of a single-gender, please ensure that the moderator is of a different gender,” wrote Dean Reuben Brigety in an email to teachers and staff on Tuesday. He said events “could” be cancelled if the policy wasn’t followed. So that’s the Elliott School’s policy: starting July 1st, 2017, any panels, symposiums, or multi-speaker panels with three or more speakers cannot feature only one gender. Failing that, then the dean encourages event planners to get a moderator of a different gender. Brigety’s rationale is to promote diversity and inclusion.

“To underscore the importance of this mission, we are actively looking for ways to encourage diversity throughout the school,” he wrote. “We know that diversity spans a wide range of factors including race, sexual orientation, socioeconomic status, political beliefs, gender, and beyond—all of which contribute to a thriving intellectual community.”

Two different public interest law professors at George Washington University have independently attacked what is being called a rule to ban “sausage fests” on all panels at academic conferences, saying that it conflicts with the University’s equal opportunity and anti-discrimination pledge, elevates identify politics over academic freedom, and can even subject professors to discipline if they can’t find enough panelists who “pee sitting down.”

Banzhaf’s statement also includes criticism from Professor Jonathan Turley. He said that the policy “could easily be viewed as a form of discrimination against someone who would otherwise be the most qualified participant.”

(Banzhaf has contributed articles to Law Newz; Turley has been interviewed in previous stories for legal analysis.)

Turley said that the policy–which he said must include at least one woman even if no one is available and qualified to speak on a topic–raised “serious question of academic freedom and the subordination of intellectual content in favor of the diversity policies.”

Banzhaf also took Brigety’s rule to task. Quoting the new rule, he said “‘We know that diversity spans a wide range of factors including race, sexual orientation, socioeconomic status, political beliefs, gender, and beyond–all of which contribute to a thriving intellectual community’ but strangely the Dean’s new policy appears to be obsessed with sex, and does not deal with any of other ‘wide range of factors.'”

He criticized the rule for not seeking viewpoint diversity. For example: political beliefs. And he says that statistically speaking, it’s possible for there to be all-male panels without any anti-woman sexism. Also, it’s just a matter of fact that people have to cancel at the last minute.

“This often means that the conference organizers will have to really scramble to find a new panelist, fully qualified, available on very short notice, and able and willing to do the necessary preparation, all at the last minute,” he said. “This is often difficult enough without having to worry about whether they pee standing up or sitting down.”

GWU responded in a statement obtained by Law Newz. It did not specifically reference Banzhaf or Turley.

[Screengrabs ov Turley, on left, and Banzhaf via Fox News]