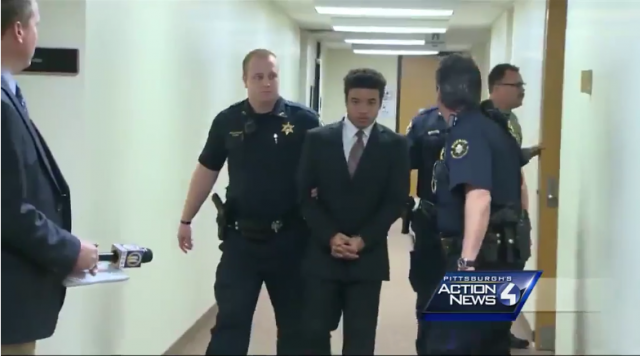 GREENSBURG, Pa. (AP) — A trial is underway for an 18-year-old Pennsylvania man accused of fatally shooting a friend in the face and then taking a selfie with the victim’s body.

Westmoreland County Detective James Williams told jurors “when he described pulling the trigger, he had a little smirk on his face.”

Police contend Morton took a photograph of himself with Mangan’s body minutes after the shooting and an hour later sent the image via Snapchat while he played online video games with a teen in Wisconsin.

The defense has argued that the teens were playing with the gun and it accidentally fired.

The judge ruled Monday the selfie can be seen by the jury.