This Town Will Fine Nonresidents Who Drive Through During Rush Hour 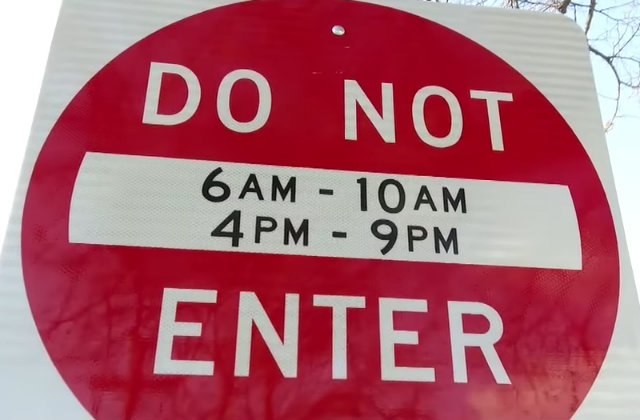 Do you have any plans to drive through Leonia, New Jersey? You might want to take a look at this story. The borough sits near the west-hand side of the George Washington Bridge. Being so close to New York City does no favors for their rush-hour traffic, so a new ban is about to fine nonresidents who come there during rush hour. A spokesman with the Leonia Police Department confirmed to Law&Crime that the official start on the ban is January 22. It will be enforced seven days a week, 6 a.m to 10 a.m., and 4 p.m. to 9 p.m. Locals have been gearing up for this for over a month. Officials often blame programs like Google Maps and Waze for shifting out-of-towners through their home streets.

“Without question, the game changer has been the navigation apps,” Police Chief Tom Rowe told The New York Times in a Christmas Eve profile. “In the morning, if I sign onto my Waze account, I find there are 250,000 ‘Wazers’ in the area. When the primary roads become congested, it directs vehicles into Leonia and pushes them onto secondary and tertiary roads. We have had days when people can’t get out of their driveways.”

Local Melissa Soesman voiced a similar experience. She told CBS in a Wednesday report that it could take “10 minutes, 15 minutes” to leave her driveway. “It depends on who’s going to be nice and how much I’m going to push up against their car until they let me out.”

A July 1, 2016 estimate from the U.S. Census Bureau said that 9,195 people live in the borough. Nonresidents will be banned from about 60 side-streets. Violators face $200 fines. Officials believe this policy will cause traffic apps to remove the borough from routes. Google Maps and Waze did not immediately respond to a Law&Crime request for comment.

Leonia Mayor Judah Zeigler said there’s no worry on his end about constitutionality.

“We do truly believe that there’s no issue of legality here,” he told WPTV. Zeigler said that the borough’s 18 police officers would be in charge of stopping and questioning people who lacked yellow residency tags.

In a statement Friday to Law&Crime, the mayor defended his town’s actions by pointing to Arlington County Board v. Richards (1977). This case questioned whether parking spaces in residential neighborhoods could be limited to residents in efforts to prevent spillover from nearby shopping centers. Zeigler cited this part of the ruling: “A community may also decide that restrictions on the flow of outside traffic into particular residential areas would enhance the quality of life there by reducing noise, traffic hazards, and litter.”

“In Leonia’s case, we are doing exactly as the decision permits,” the mayor wrote in an emailed statement. “We are restricting access by non-residents, and by doing so will be enhancing the quality of life by enhancing public safety and traffic hazards. Thus, we believe that our ordinances are entirely legal.​”

Law&Crime’s Aaron Keller disagreed with that assessment, however. Since Arlington is a case which dealt with parking permits, and the Leonia ban involves wholesale travel up and down streets, the issues are incompatible, he said. Plus, the mayor was relying on a part of the opinion that didn’t sit squarely with the holding of the case, and therefore carries little weight, Keller argued.

While Arlington deals with the Equal Protection Clause, Keller pointed out that other constitutional standards, such as the Privileges and Immunities Clause, generally forbid local or state governments from treating out-of-staters unfairly. Plus, the Supreme Court has held that the Commerce Clause can operate to limit state and local regulations which treat locals and outsiders differently, especially when it comes to commerce-related issues such as transportation. In Bibb v. Navajo Freight Lines (1959), the Court found a strong “national interest in keeping interstate commerce free from interferences which seriously impede it.”

“If litigated, this will be an interesting balancing test, as the facts suggest plenty of inconvenience for both in-town residents and commuters alike,” Keller said.