‘The Good Guys Shot Me’: Man Says Police Shot Him After He Disarmed Church Gunman 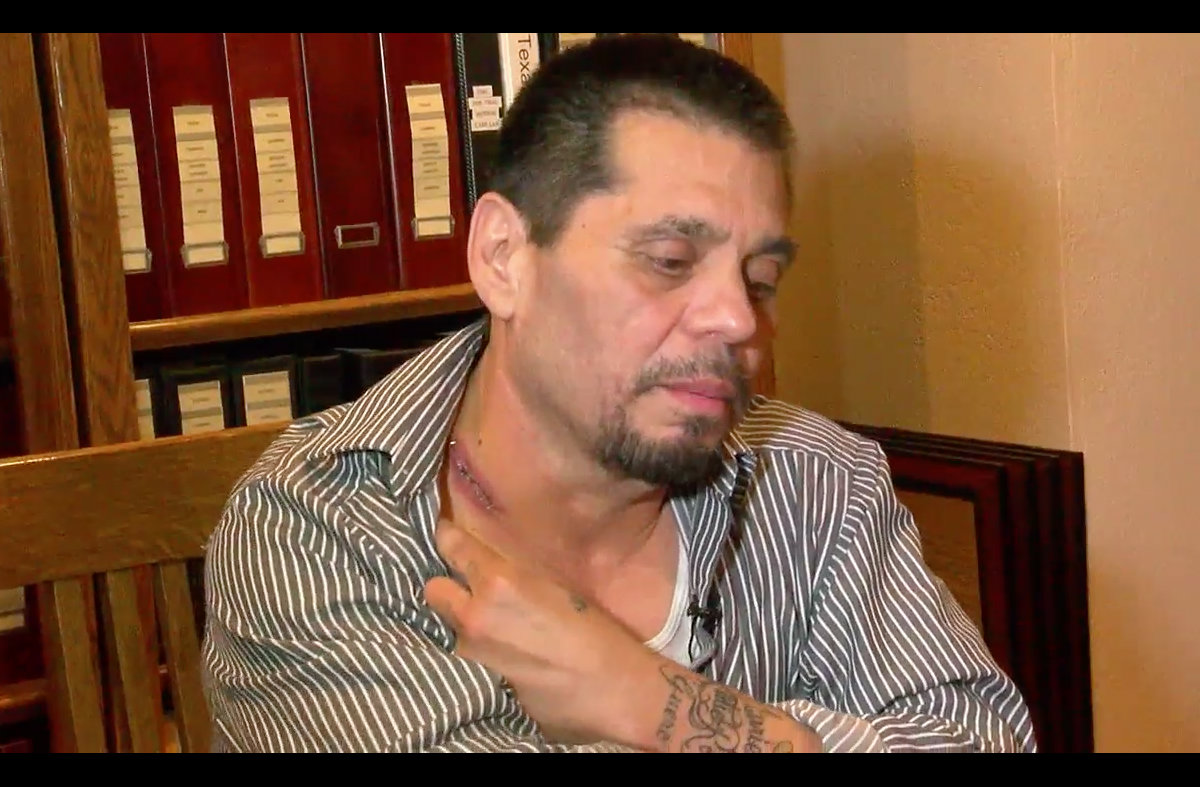 All things considered, Texas man Tony Garces sounds pretty philosophical about getting shot by the cops.

“There were other people there,” Garces told ABC 7 in an interview published Thursday. “I just took the gun away from him. I got shot. I got the bad part. It’s life.”

Garces said he helped disarm a gunman who allegedly held churchgoers hostage at Faith City Mission in Amarillo. According to Garces, he grabbed the firearm from the gunman’s hands after several other men pinned him to the ground. Officers at the scene told Garces to throw the gun down, he said. Garces claims he didn’t do so because he worried about the gun accidentally firing on impact, and instead tried to place the weapon directly on the ground. That’s when police opened fire.

He has now lawyered up, and wants the city’s help in addressing the medical bills from his injury.

“For doing the right thing, he now has got a huge medical bill, probably a lot of long term physical problems and it needs to be taken care of,” Garces’s attorney Jeff Blackburn told the outlet. “The only reason he’s got those problems is because they shot him.”

Garces once spent four years in prison, but changed things around after doing a drug rehab program. He said the “old” him wouldn’t have intervened on Valentine’s Day. The incident gave him the opportunity to prove that he’d changed as a person, he said.

He hoped that officers will be trained better in the future.

“That guy didn’t know what he was doing,” he said.

Cops arrested Joshua Len Jones, 35, as the gunman in the Faith City Mission incident, which happened the same day as the mass shooting in Parkland, Florida. No one was reported injured in Texas besides Garces, however. Authorities booked Jones on six counts of aggravated kidnapping at Potter County Jail.

Law&Crime got in touch with the Amarillo Police Department, but Sgt. Brent Barbee, a spokesman, declined to comment on Garces’s interview.

In fact, cops haven’t publicly identified the man who was reportedly shot at the Valentine’s Day incident, and Barbee would not confirm that if it was Garces. He said that the law stops the police department from identifying people unless they are complainants in a case, are arrested and booked into jail, or are charged with a crime.

At the time of the shooting, Faith City Mission Executive Director Jena Taylor described the gunshot victim as a student at the church.

“Members of the security team took the gunman down and one of our students was able to wrestle the gun away,” she told the Amarillo Globe-News.

When Law&Crime reached out for a follow-up, she told us in an email that she could not confirm the individual’s identity, citing a non-disclosure agreement the mission signs with students.

Barbee said the special crime unit is investigating the incident because it is an officer-involved shooting. Once that investigation is complete, investigators will then pass along the collected evidence to the 47th Judicial District Attorney’s Office for further action. Prosecutors would have the option to press charges against anyone arrested or anyone involved in the incident, or they could have the evidence reviewed by a grand jury.

Note: The executive director of Faith City Mission responded to our request for comment, and we updated the article accordingly.

[Screengrab of Garces via ABC 7]