Teacher Pleads Not Guilty After Allegedly Bringing Gun to School 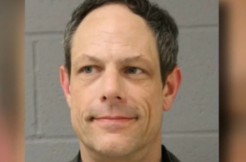 On Wednesday, a Connecticut judge entered a not-guilty plea for the teacher who allegedly brought a gun to a Newtown middle school.

Adams is on administrative leave. He did not respond to ABC 7’s requests for comment.

The next court hearing is scheduled for May 25.