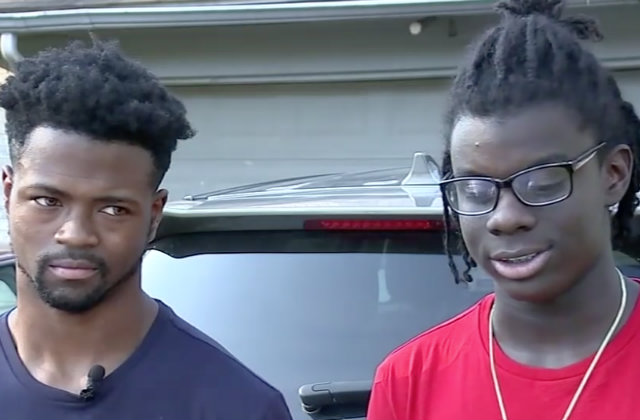 Two high school students were kicked off their football team on Friday for kneeling during the national anthem. Cedric Ingram-Lewis and Larry McCullough told KTRK that coach Ronnie Ray Mitchem punished them. McCullough said they were forced to take off their uniforms and pads in front of the rest of the team then and there, “pants and all.”

They said they were kneeling in protest of racial injustice in the county.

Mitchem, a veteran, said he kicked them off the team because it was disrespect.

“There is a proper time to do something in a proper way,” he told the outlet about the protest. He said he has nothing against the students for kneeling, and “I love them.”

Ingram-Lewis’ mother is hardly a fan of the decision.

“He has a slave master mentality,” she said. “If you were to go back to that, when they wanted to tell us, ‘This is what you are going to do and this is how you do it.'”

The teens are black. Mitchem is white.

If a lawsuit were filed over this, First Amendment case law wouldn’t benefit the students. Their school, Victory & Praise Christian Academy, is private.