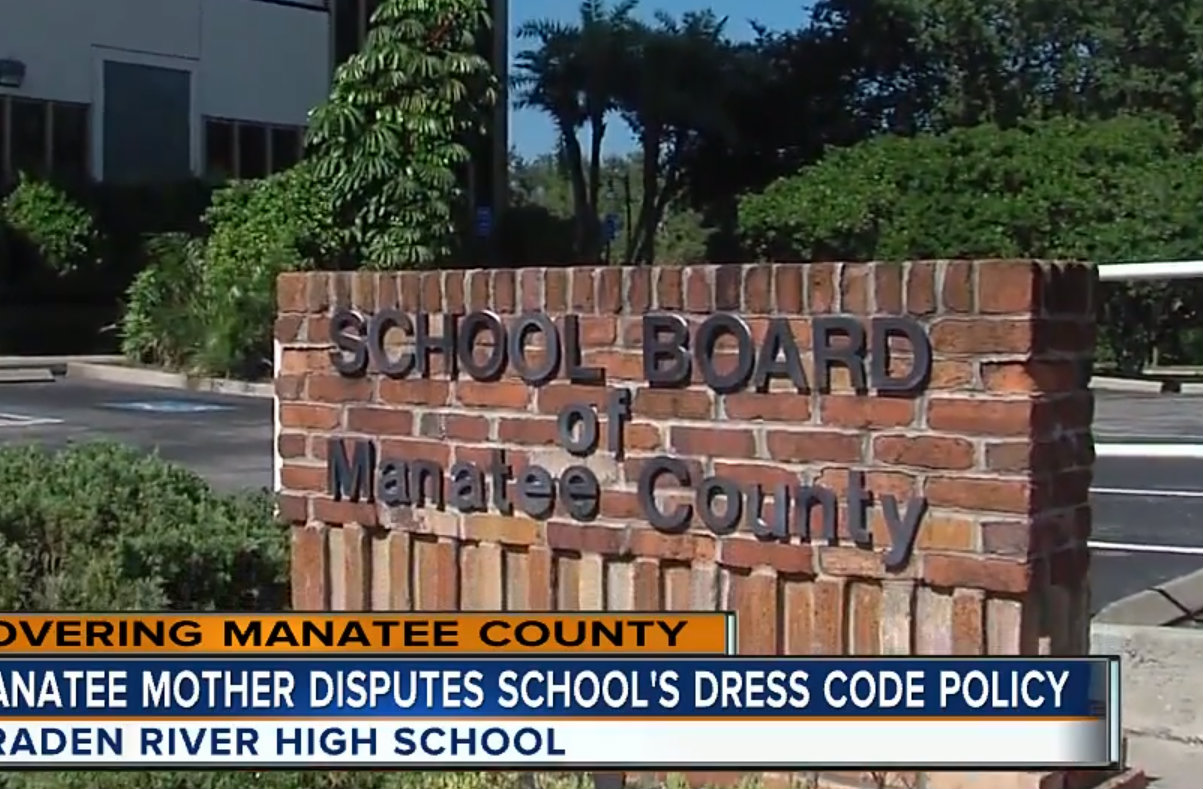 A student in Bradenton, Florida says she was forced to put band-aids on her nipples because she wasn’t wearing a bra, according to a WPTV report. The school district admits the situation shouldn’t have been handled that way.

17-year-old Lizzy Martin told the outlet she went to class in a grey Calvin Klein shirt Monday morning at Braden River High School. A dean said she was violating dress code and distracting male classmates. Martin was made to put on a second t-shirt under the other one. It wasn’t enough. The dean told her to stand up and move around for her, Martin said, but the official wasn’t pleased.

“So we went to the clinic and she gave me band-aids in there, and told me to X out my nipples,” Martin said. She followed the command, saying she felt she had no options.

Her mother told the outlet the school dean made a big deal about nothing: “This was a shirt that was unisex, that was too big, that was not form fitting.” She said there is a double standard, and that a male with “excessive breast tissue” wouldn’t be asked to “confine the movement” of his chest.

Lizzy Martin asked rhetorically that if the problem was that the male classmates were distracted, then why weren’t the boys “educated about the situation” as opposed to her being taken out of class?

She plans on protesting the incident by refusing to wear a bra for the rest of the school year. This decision may grate on officials.

The district admitted that the Martin situation should’ve been handled differently, and there were “corrective measures” to make sure this doesn’t happen again, but they insisted there was a violation of the school dress code, according to a statement from Manatee County School Board General Counsel Mitchell Teitelbaum.

“It is clear that the intent of school officials was to assist the student in addressing the situation,” they said. “No disciplinary action was taken in relation to the student.” They had no more comment on this incident.

“And I know I’m bringing attention to myself whether that be positive or negative, but it’s just an issue that should be addressed,” Martin said.