Psychiatrist Indicted for Three Overdose Deaths, Linked to More Than 30 Others 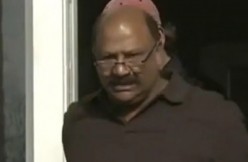 On Wednesday, a Clayton County grand jury indicted psychiatrist Narendra K. Nagareddy. He has been charged with felony murder in the overdose deaths of two patients: David Robinson, and Cheryl Pennington. He had already been charged in January in the death of patient Audrey Austin.

The 62-count indictment, obtained by The Atlanta-Journal Constitution, claims Nagareddy prescribed pain medications even though he had no logical professional reason to, and without a real medical purpose. These drugs included oxycodone, methadone, and hydrocodone. He allegedly failed to sign or date prescriptions sometimes. 42 other patients were named in the indictment.

This may not be the end of his legal problems. The Henry Herald reports he might face charges in other jurisdictions for at least 30 other similar deaths. The three patients he’s charged with killing were local to Clayton County.

“If the allegations are true, he is Dr. Death, no doubt about it,” Clayton County Police Chief Mike Register told WSB-TV in January.

The Clayton County Police Department could not be reached for comment.

Nagareddy is being held without bond. His arraignment is scheduled for July 7, and his trial to begin on August 8.

“Unequivocally, we will be ready to defend this matter,” Nagareddy’s attorney Steve Frey told the Journal-Constitution. “He is innocent of all these charges.”
–