Police: Woman Drives Drunk to Pick Up Sister at Jail Who Was Also Arrested for DWI 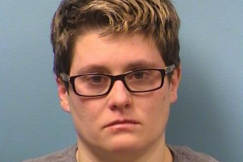 It must run in the family. Sartell Police arrested a Minnesota woman early Sunday morning after she was pulled over for driving drunk while on her way to pick up her sister from jail. Her sister was in jail for a DWI. Now, it appears, the two are closer to twins.

The 32-year-old woman, Erica Stang, was stopped by police around 2:00 a.m. on suspicion of drunk driving. Police soon learned of the irony as Stang admitted she was en route to Stearns County Jail to pick up her sister being held by Stearns County for a DWI.

Stang was also taken to Stearns County Jail where she faces charges for 2nd Degree DWI. The woman’s vehicle was also seized for forfeiture.