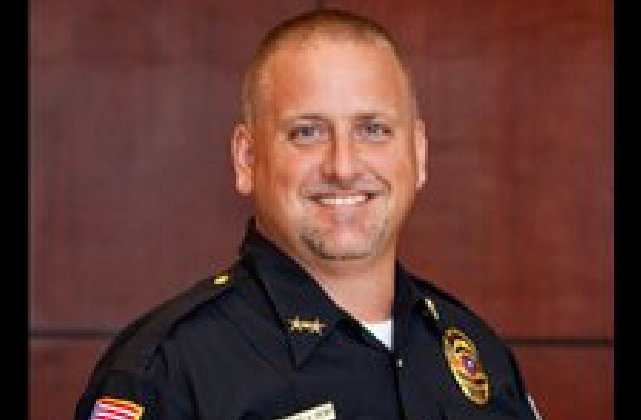 There’s been fallout in the arrest of a beauty queen in Commerce, Texas. The city announced Thursday that they are investigating Police Chief Kerry Crews after a motorist allegedly called her “black bitch,” and admitted to teaching his 14-year-old daughter how to drive.

The question is: Who was this motorist? It has become a bit confusing. Initial reports had it that Crews was alleged to be the man in question, but now government officials and the woman’s own lawyer say that might not be the case.

Miss Black Texas 2016 Carmen Ponder claimed that on Saturday, she was heading to Walmart when a black truck cut her off in traffic. She pulled into the parking lot, and the vehicle followed her in. A man allegedly cursed her out, saying he was teaching his 14-year-old daughter how to drive. According to Ponder, she pointed out this was illegal.

“Oh, whatever, you black bitch,” this individual allegedly told her.

She went into the Walmart to shop, but when she stepped out again, a second man with a badge confronted her.

“He told me the guy was his chief and I better apologize to him now,” Ponder said. She refused, and tried to walk away, but the officer pulled her back into the Walmart. She was arrested after another cop arrived, and she spent 24 hours in jail, Ponder said.

Initial reports had it that Crews was accused of being the aggressive motorist. This may not be the case.

“Though not on duty and present as a customer, Police Chief Kerry Crews became engaged in the incident after being approached by one of the parties,” the City of Commerce said in a statement Thursday, obtained by The Root. “Chief Crews made contact with the other party, but she failed to comply with his requests,” leading to her arrest.

This doesn’t mean Crews isn’t in the clear, however. The City said there will be an investigation into the matter.

“Since the incident there have been a number of statements made about the details of the incident, and many of these details do not align with the statements provided by Chief Crews and the responding officer,” city officials announced. They said the police chief will be put on administrative leave pending the investigation’s result, adding “This is in no way an admission of any wrongdoing and should not be perceived as a disciplinary action.”

The City Council has chosen the law firm Lynn Ross and Gannaway to handle the probe. They are based out of Fort Worth, Texas. Crews declined comment to NBCDFW, saying his attorneys recommended he not talk about this for now.

As Ponder’s attorney S. Lee Merritt put it, there may be a misunderstanding because the officer with the badge allegedly called the man from the black truck his “chief.”

“Since the incident, the City of Commerce has issued a statement that Chief Crews was not the motorist that verbally assaulted Ms. Ponder,” Merritt said in a statement released Friday. He claimed media sources suggested the man in the black truck had actually been a school board member.

In any case, he wanted the charge against Ponder dropped.

[Image via City of Commerce]