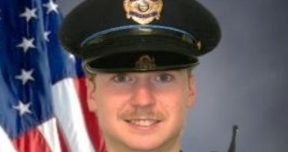 The jury in the murder retrial of a white Ohio police officer who fatally shot an unarmed black motorist will not see the officer’s undershirt depicting a Confederate battle flag, because a judge ruled Friday that the garment is too prejudicial.

Prosecutors said the T-shirt Tensing wore under his uniform the day of Samuel DuBose’s death was relevant because it was undamaged, countering Tensing’s claim he was getting dragged by DuBose’s car as he tried to drive away from a traffic stop in 2015.

Defense attorney Stewart Mathews called it an improper effort “to inject an issue of race” into the case. He said it could be inflammatory to the jury.

“If it had been … an all-black T-shirt that said ‘All people are God’s children’ I still would exclude it,” Ghiz said. “It is too prejudicial to the jury, one way or the other.” 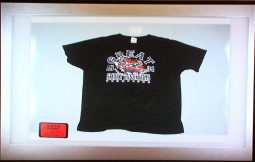 Jurors in the first trial saw a photo of the shirt. Those jurors were unable to reach a verdict in November.

The former University of Cincinnati officer testified that a relative who visited Tennessee gave him the Great Smoky Mountains T-shirt with the flag on it and that it was among various black T-shirts he wore under his uniform. Tensing denied he was racist or targeted blacks and said the T-shirt meant nothing to him.

The battle flag is among the symbols of the Confederacy that evoke strong feelings: supporters say it is part of Southern heritage, while opponents see it as reminders of slavery and oppression of black people.

The Tensing case is among police shootings across the country in recent years that have raised attention to how police in the United States treat blacks.

The judge also heard arguments Friday on the two sides’ respective expert video witnesses. She ruled that both could testify but should limit their analysis to the actual police body camera footage in the case.

Jury selection will resume Tuesday. Tensing, 27, is charged with murder and voluntary manslaughter in the death of DuBose, 43. The ex-officer said he feared for his life when he fired.