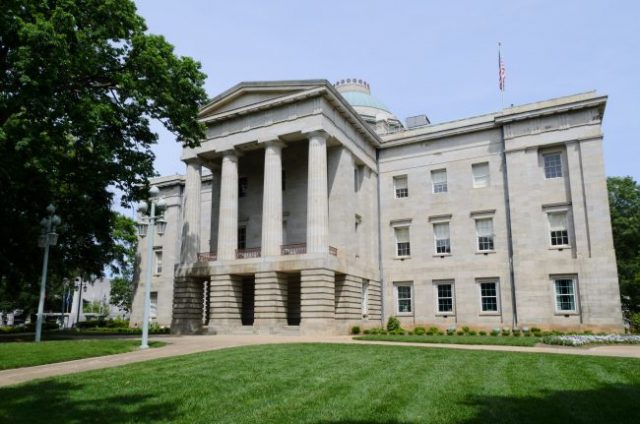 Last week, LawNewz published an editorial about a North Carolina Supreme Court decision that makes consent for sexual acts irrevocable in a crazy legal loophole. “If the actual penetration is accomplished with the woman’s consent, the accused is not guilty of rape,” the decision of State v. Way reads.  Simply put, a woman cannot revoke her consent after a sexual act begins. Now, a bill aims to finally overturn the archaic decision.

Nineteen-year-0ld Aaliyah Palmer‘s case gave the ruling national attention, and while rape victims’ names are normally not released in order to maintain their anonymity, Palmer wanted her name known to share her story.  Palmer was having consensual sex with a partner at a party when the encounter became violent. “I could feel strands of my hair being literally pulled from my scalp and so I told him you’re hurting me,” she said according to CBS North Carolina.  She asked for her partner to stop repeatedly, but he refused.  When she reported the assault to the police, however, she was told that they couldn’t charge him with rape due to the 1979 ruling.

Democratic Senator Jeff Jackson is the sponsor of the newly proposed Bill 553 that would make refusing to stop intercourse after a participant revokes consent illegal, according to the Fayetteville Observer.

“Legislators are hearing more and more about women who have been raped and are being denied justice because of this crazy loophole,” Jackson said. “North Carolina is the only state in U.S. where no doesn’t mean no.”

The future of the bill is uncertain, however.  The bill has been halted in the State Senate’s Rules Committee, and Jackson believes it will “be dead” for the remainder of the current legislative session.

Jackson expressed his frustration with the bill’s progress: “There’s no reason for this to be partisan.  It’s about doing what’s obviously right.”