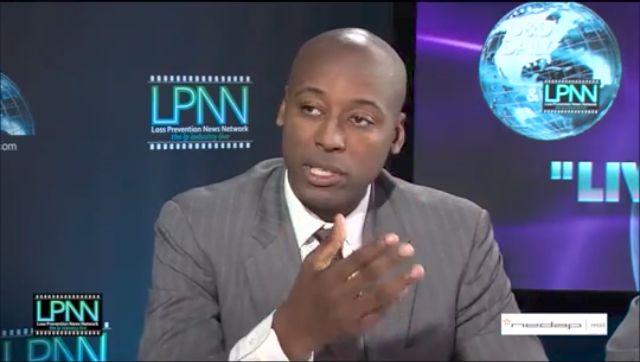 A lieutenant with the City of New York Police Department (“NYPD”) has filed a lawsuit against the operator of the U.S. Open after a paid parking attendant called him a “nigger.”

The incident occurred on September 7, during the famous tennis competition held in the New York City borough of Queens.

According to the lawsuit, Lt. Tarik Sheppard was trying to drive his wife–who is employed by the U.S. Tennis Associatio–to her car from one side of the parking lot to another.

The lawsuit alleges that the parking attendant on duty said, “Sorry, I can’t let you in. Cause you are a nigger.”

Both Sheppard and Brown are black.

Sheppard blasted claims that the slur didn’t really matter since both the alleged victim and alleged perpetrator are black. He said,

When later questioned, Brown was apparently unrepentant and said, according to the lawsuit:

Yes, I called him a nigger, and I don’t care. The U.S. Open is almost over and I already got paid, so I don’t care if I get fired.

Sheppard then reported the offending conversation to Brown’s supervisor, Michael Rodriguez, who is a former member of the NYPD. The lawsuit claims Rodriguez assured Sheppard that an incident report would be filed, but the paperwork never materialized.

Rodriguez is a named co-defendant in the suit–which also accuses the U.S. Tennis Association of failing to provide proper racial sensitivity training to employees. And, according to Sheppard’s attorney,Lambros Lambrou, Brown was never actually fired after making the allegedly racialized comments.

Lambrou said, “We hope that this effectuates the change necessary to ensure that this doesn’t happen again, and we’re very, very disturbed by the fact that the United States Tennis Association did nothing to fire this employee.”

The U.S. Tennis Association was blindsided by the lawsuit. A statement issued by spokesman Chris Widmaier reads, in part:

We can state that matter raised by Lt. Sheppard was fully investigated. A USTA representative spoke with Lt. Sheppard both that night and again on the phone and believed the matter to be resolved. We welcome the opportunity to sit down again with Lt. Sheppard to discuss any continuing concerns he may have.

Sheppard is seeking $2 million in damages.