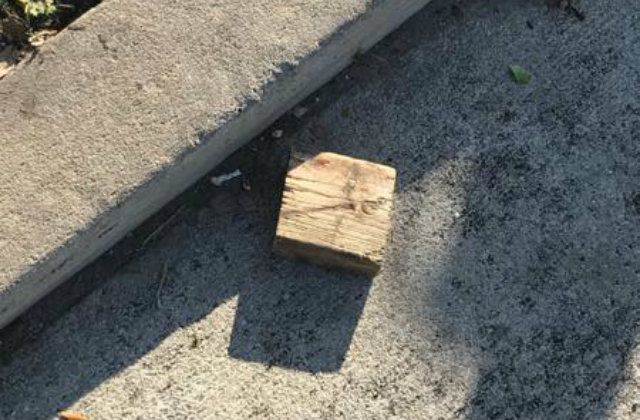 President Donald Trump was hanging out in West Palm Beach on Saturday afternoon, and a local teen welcomed him with a block of wood. Sheriff’s deputies say a middle schooler admitted to throwing a 2×4 at the POTUS’s motorcade.

“The incident was reported to have taken place on Southern Boulevard between Parker Avenue and Lake Avenue,” The Palm Beach County Sheriff’ Office said in a statement. They were helping the Secret Service with motorcade movement, and looked for the suspect. “Immediately after completing the motorcade movement several members of the motorcade returned to the scene and began canvassing the area looking for witnesses and any small hard objects along the roadway in that area.”

They located the kid, who allegedly said four other student were involved in the incident. Charges will filed via the Palm Beach County States Attorney’s Office, deputies say. Officials didn’t specify anything about a motivation, or the middle schoolers’ mindset.

The Secret Service has investigated at least one apparent threat against the president.

“If someone was cruel enough to assassinate MLK, maybe someone will be kind enough to assassinate Trump,” a Kentucky woman wrote in a now-deleted message from January. The Secret Service investigated that post. Charges in a case like that. Usually, the First Amendment protects incendiary language unless it’s intentionally and likely to spark an imminent lawless action. Block throwing, however, isn’t speech.