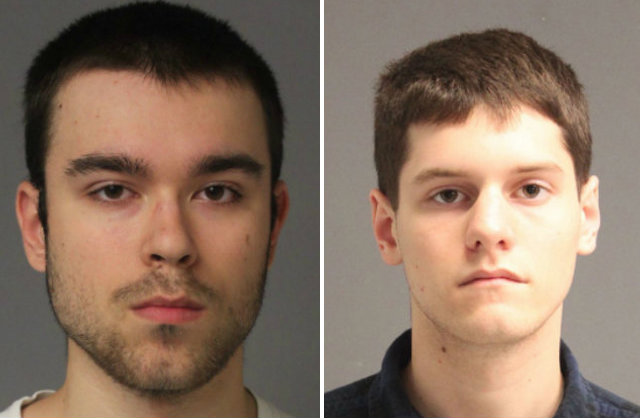 Both Conner Charles Prout and John Adam Haverman admit to hanging a noose outside the window of a black teacher’s classroom, but a judge in Maryland acquitted these 19-year-olds this week of hate crime charges, according to WJLA. Anne Arundel County Circuit Court Judge Paul F. Harris Jr. previously found them guilty of trespassing, and had complained that the state’s hate crime law was vague.

Prout and Haverman were arrested May 12 for hanging a noose in front of a middle school. Original charges included trespassing on school property, disturbing school operations, disorderly conduct, and trespassing on posted property. That changed two weeks later. Prosecutors hit them with misdemeanor hate crime charge. But the thing about the relevant Maryland law is that the crime needs to be directed toward an individual, not a group of people.

Prosecutor Wes Adams said that the noose can be seen as targeting toward African Americans, and pointed out that the school was the only one in the nearby area with a black principal. Harris voiced frustration with the hate crime law.

“Keep in mind, I can’t rewrite the law,” he said in court days before the verdict. “I have a lot of gray areas here.”

Prout had actually pleaded guilty to that hate crime charge, but didn’t say it was racially motivated (court records said it was an alford plea, where he continued to claim innocence). Haverman admitted to hanging the noose, but pleaded not guilty, insisting that he didn’t have a racist intent.