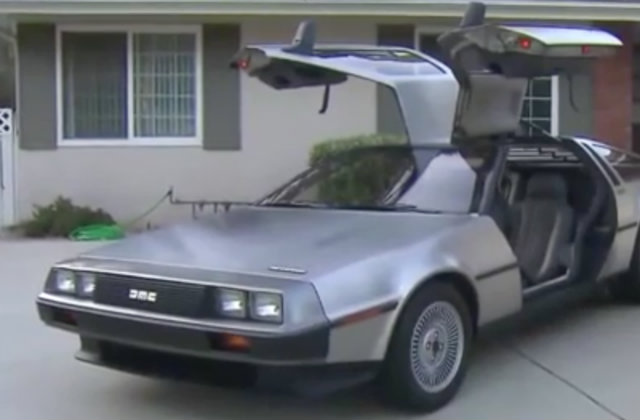 A California man has been ticketed for driving a DeLorean 88 miles-per-hour like in the movie Back to the Future. He’ll need to pay almost $400 for the traffic violation, but at least nobody can call him chicken.

Spencer White, a Santa Clarita resident, told KTLA in an interview that he was driving down the Antelope Valley Freeway when he noticed he was going 85 miles-per-hour.

In case anyone here is culturally deprived: The Back to the Future film trilogy features a plutonium-powered DeLorean DMC-12 sports car that travels through time when it goes 88 mph.

When White’s vehicle hit the that speed, he saw some serious stuff.

“I was at 88 for about two seconds, and, immediately I saw a police officer pull in behind me,” he said. They got pulled over. He and his mom laughed when the cop told them how fast they were driving.

This law enforcement official didn’t call them buttheads, however.

“He’s even got this big grin on his face like he’s won the lottery,” White said. The officer even let him take a picture of the radar gun showing the DeLorean’s speed, and he figured he could avoid a citation.

But instead of letting White make like a tree and leave, the officer issued the ticket. Heavy. Guess the officer wasn’t ready for that, but White and his mother loved it.

White acknowledged he wasn’t able to travel through time because his car lacked a flux capacitor and plutonium.