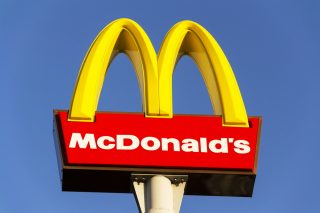 A McDonald’s customer noticed something about a local franchise’s value meal, and he’s not lovin’ it. James Gertie decided to sue when he discovered that at multiple Illinois locations, the “Extra Value Meal” featuring two cheeseburgers, fries, and a drink allegedly cost more than the total prices of each individual item.

Gertie filed his lawsuit in state court against Karis Management Co. Inc., which owns the McDonald’s locations in question. The complaint, obtained by LawNewz.com, says that while the Extra Value Meal costs $5.90, if he purchased each item separately it would cost 41 cents less.  Gertie alleges that Karis Management committed consumer fraud by using the phrase “Extra Value” to induce customers to buy the meal as a package, instead of getting the individual items separately for a lower price. He is looking for the court to force the McDonald’s locations to stop charging more for an Extra Value Meal, and to pay monetary damages.

Gertie and his attorney Paul Markoff are seeking class action status for the case, so that they can include other customers who bought the two cheeseburger meal at those McDonald’s locations. Markoff told LawNewz.com:

We think this company misrepresenting its product as a “value” is blatantly false as the 2 Cheeseburger Extra Value Meal costs 7.5% more than buying the component items separately.  Some people ask why we would quibble over $0.41, but (a) that is $0.41 times however many meals sold and (b) perhaps the better question is why this company thought it appropriate to falsely advertise over just $0.41.

LawNewz.com spoke to a representative at Karis Management who would not comment on the matter, and McDonald’s has yet to respond to a request for a statement.