Man Serves on Grand Jury for His Own Case, Still Gets Indicted 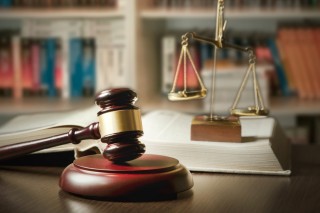 Something strange happened in a North Carolina court last week. When a grand jury convened to determine whether to indict Raylon Parker for assault with a deadly weapon with intent to kill, an unexpected person was one of the jurors: Raylon Parker.

Despite Halifax County having more than 50,000 residents, they somehow didn’t manage to put together a panel that didn’t include the defendant. So there Parker was, fulfilling his civic duty, not knowing that he would be hearing his own case.

No one picked up on what was going on until after the fact, when a clerk was reading through indictments and noticed that a grand juror had the same name as a defendant, North Carolina Lawyers Weekly reported. Judge Alma Hinton then spoke with Parker and asked if he had participated in the vote or stepped aside. Parker said that he voted. Given that he was indicted anyway, Judge Hinton decided that Parker’s participation didn’t render the indictment defective.

Since grand jury proceedings are kept secret, it’s unknown whether Parker voted for or against himself.