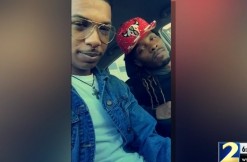 In a story right from 1566, an Atlanta man allegedly poured boiling water on a gay couple. Anthony Gooden, and Marquez Tolbert were hospitalized after Martin Blackwell, who was dating Gooden’s mom, allegedly attacked them in their sleep last month.

Tolbert spoke to WSB-TV about this in a Friday report.

“Get out of my house with all that gay s–t,” Blackwell, 48, said according to Tolbert. The man was reportedly cold about the incident, allegedly telling Golden’s mom, “They’ll be all right. It was just a little hot water on them.”

Tolbert sustained second and third-degree burns on his neck, back, and arms. He was in the hospital for 10 days to get surgery, in which doctors used skin on his thigh to replace what was now missing from his back. Boyfriend Gooden left the hospital Friday.

“Like, where was your head at?” Tolbert asked about Blackwell. “Why would you do this?” He said that before the attack, the older man had quizzed them on whether they’d had sex yet.

For now, Blackwell is in Fulton County Jail on two counts of aggravated battery. That might escalate shortly. An Atlanta Police Department LGBT liaison told WSB-TV that he may be charged with federal hate crime charges. That possibly will be explored in an upcoming hearing.

[image of Gooden and Tolbert via WSB-TV screengrab]
–