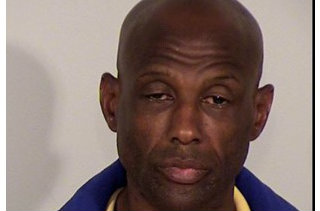 The sheriff’s office in King County, Washington said one convicted sex offender wouldn’t quit it. Anthony Hardison, 50, has been charged once again for indecent exposure, The Seattle Times reports. The allegation: He touched himself while registering as a sex offender on August 12.

You’ve read the headline. You know what comes next.

Authorities said he went to a King County Administration Building in Seattle so he could finally register. And then he allegedly masturbated in view of a female employee. He reportedly left the building after turning in his paperwork. Seattle police arrested him the next day. He also faces separate charges for dealing crack, and spitting on a female bus driver’s face.