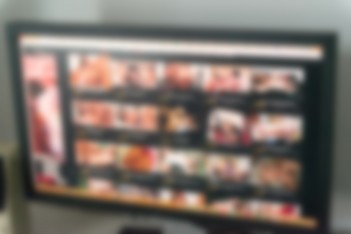 In a new post about this case on his personal blog, Res Ipsa Loquitor, George Washington University School of Law Professor Jonathan Turley describes the lawyers as “little more than legal trolls in harassing and threatening people into giving them money for downloading pornography.”  He continued, calling their law firm, Prenda Law, “little more than a shakedown operation.”

According to 9th Circuit order, the three attorneys — John Steele, Paul Hansmeier and Paul Duffy — set up various shell companies to purchase copyrights to pornographic films.  If one of those movies was illegally downloaded, the shell company hired Prenda Law or a local attorney to file a copyright infringement suit in state or federal court against “John Doe.”  They would then use the lawsuit’s discovery process to identify the individual they alleged illegally downloaded the movie.  The shell company would then sent that person a letter that threatened to sue, unless the individual could cough up $4,000 to “settle” the matter.

They repeated the process across the country and due to embarrassment or other reasons, many “John Does” simply settled and Prenda law “never litigated a single copyright infringement case through top a merits judgment.”  The court continues, “By misusing the subpoena power of the court, the Prenda Principals made millions of dollars from suing hundreds to thousands of “John Does” across the country.”

The scheme eventually unraveled around 2013 when Judge Wright ordered sanctions against the three lawyers.  In the sanctions order, Judge Wright noted, “So now, copyright laws originally designed to compensate starving artists allow starving attorneys in this electronic-media era to plunder the citizenry.” Judge Wright even went as for as to refer the scheme to the U.S. Attorney for the Central District California and the Criminal Investigative Division of the IRS.

In upholding the sanctions, the 9th Circuit found “[b]ased on the myriad of information before it” that Judge Wright did not abuse his discretion in sanctioning Steele, Hansmeier and Duffy.  The “myriad of information” included “evading questions … possibly committing identity theft and fraud on the courts.”  Furthermore, the 9th Circuit found that it was not an abuse of discretion to find that the three lawyers were “responsible for the abusive litigation” or to find they were “the leaders and decision makers behind Prenda Law’s national trolling scheme.”

Despite the harsh legal opinions and upholding of the strong sanctions, Prof. Turley says he is still troubled by the apparent “lack of any indication of a bar action against John Steele, Paul Hansmeier and Paul Duffy (before Duffy’s passing) but also those local lawyers who assisted them” that he believes amount to “little more than ‘smash and grab’ litigators.”