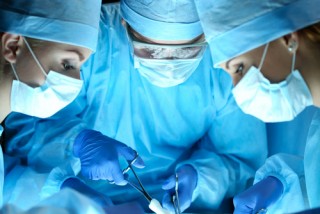 Deborah Craven arrived at Yale-New Haven Medical Center in May 2015 for a relatively routine rib surgery; when she woke up she soon learned that doctors operated on the wrong rib, and she claims their reason why was a flat out lie.

The 60-year-old checked-in to have portions of one potentially cancerous rib removed from her abdomen. Craven’s lawsuit—which names Yale-New Haven Medical Center, Yale University School of Medicine and Dr. Anthony Kim, M.D. and his surgery trainee Ricardo Quarrie, M.D., who Craven didn’t even know was added to the surgery team, as parties—details what happened next. The Milford, CT resident claims that when she woke up, doctors lied to her and attempted to cover up their mistake: they removed the wrong rib. Doctors then rushed the woman back into surgery to correct their oversight, to put it lightly.

In a statement to the Dacula Patch, Joel T. Faxon, Craven’s attorney said,

The fact that the surgical team operated on the wrong rib despite a clear indication of the proper site is, of course, negligent. But the fact that a cardiothoracic surgeon in training would make the outrageous claim that ‘not enough rib had been taken’ really takes this to another level of culpability. Making the patient undergo another surgery the same day, without owning up to the real medical reason for the repeat surgery is just plain deceitful.

Faxon’s negligence claim seems to be well-supported. When Craven went under the knife, her eighth rib was appropriately and visibly marked with metallic coils and a marking dye injected “into her skin and surrounding tissue.” Nevertheless, something lead the doctors awry and they removed her seventh  rib instead, according to the complaint. Faxon continued,

“They… failed to remove the metal coils from the patient’s body prior to closing the wound and proceeded to misrepresent the reason for her needing a repeat surgery. There were multiple opportunities to correct the error here and it was compounded by the lies of trainee doctor Quarrie. The surgical team at Yale has yet to take responsibility for its wrongdoing so now it will be up to a New Haven jury to hold them accountable.”

The doctors omitted the truth and any wrongdoing, veiling their mistake; Doctor Quarrie allegedly said “not enough rib” had been removed. The lawsuit alleges that Craven has “suffered serious, painful and permanent injuries” as a result of the back-to-back surgeries.

Faxon has stated that it is unlikely Craven would have even filed a lawsuit, but the lies were the cherry on top. “Absent the lying my client never would have instituted a lawsuit,” he said. “As the old adage goes the cover up is worse than the crime.”