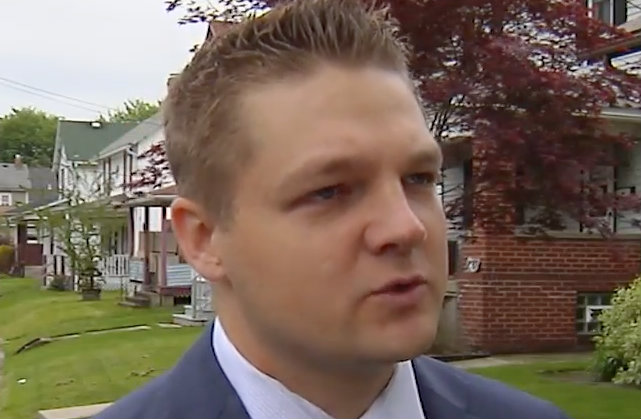 Pennsylvania lawmaker Aaron Bernstine recently caught flak for tweeting on Saturday that he’d run over people if they blocked traffic with “negative intentions.” While doing so, he quoted a story from The Hill about protesters taking up streets in a demonstration against the acquittal of a white cop on trial for murdering a black man.

If anyone EVER tries to stop my car on a highway with negative intentions… I will not stop under any conditions. https://t.co/Uf62WwhIUk

He didn’t get a warm reception. As of Sunday afternoon, the tweet got 2,000 replies, but only 232 likes and 193 retweets. Nonetheless, Bernstine doubled-down. One twitter-user, @KeystoneProgres, said people should complain to the lawmaker’s office at the Pennsylvania House of Representatives.

“Feel free to call my office and let me know if you think it is ok to refuse to stop if thugs try to stop me or my family on a highway,” responded Bernstine, a Republican who serves District 10. He followed up, writing “Difference between me and these snowflakes is that I won’t be assaulted in name of ‘free speech.'”

When at least two users said he was threatening murder, Bernstine wrote, “Ask people in LA how that worked out for them.”

Law Newz reached out to Bernstine for comment, and obtained a letter he sent Saturday afternoon to other members of the Pennsylvania House of Representatives. He said media outlets who covered his tweet completely misrepresented it.

Taking my comments to that extreme is just absurd.

My intent was simply to let people know that I, along with what I believe are many others, have grown tired of those who are committing crimes and acts of violence in the name of peaceful protest. Just last evening, we saw “protesters” who moved from blocking streets to destroying buildings and using projectile weapons against law enforcement. I am confident that none of us find this acceptable.

As we all have come across times where our words were completely changed to fit a false narrative, I wanted you to be aware of what transpired if you were contacted by one of your constituents.

The Pennsylvania Democratic Party recently called on him to apologize for the tweet.

The author of the Texas bill defended himself after a man was charged for murdering an anti-racist counter-protester amid a white supremacist rally in Charlottesville, Virginia.

“This has been twisted into something it’s clearly not,” Rep. Pat Fallon told The Dallas Morning News in an August report. “This bill was intended to prevent people and discourage people from blocking high speed roadway.”

Update – Sept. 17, 3:14 p.m.: We added mention of Bernstine’s letter to the Pennsylvania House of Representatives.