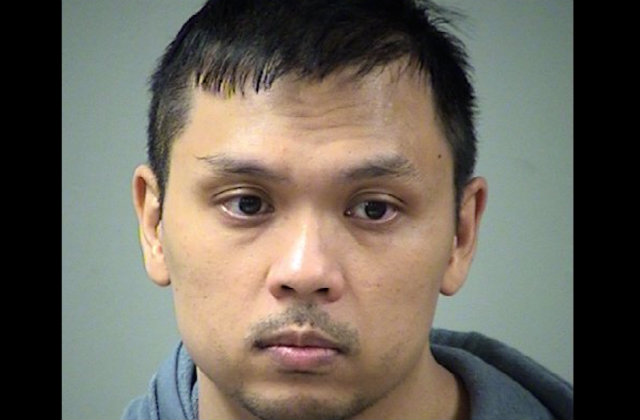 A Texas man has been arrested for threatening to commit a mass shooting at the Sunday NFL playoff game between the Jacksonville Jaguars and the Pittsburgh Steelers. Yuttana Choochongkol sent a threat on Thursday that said the following, according to the police affidavit obtained by KSAT:

This Sunday’s playoff game in Pittsburgh is going to be like no other. Why? Because it’s going to be my last day on this pathetic planet. So why not take some innocent lives with me? The Steelers game will be packed, and that’s when I plan on killing Steelers football players and fans before taking my own pitiful life. After all, what does a person that is going to commit suicide have to lose? Absolutely nothing. So why not take out some million dollar Steelers players before me? Sounds like a good idea. Hahahahahah

Choochongkol allegedly sent a similar threat to the director of security at Heinz Field. Investigators with the FBI traced the IP address to the San Antonio location of Worldwide Clinical Trials, where the suspect was a sometime medical trial subject. They located him after talking with local employees and reviewing security cameras.

Choochongkol, who could not be reached for comment, faces one count of making a terroristic threat to the public. Bexar County jail records obtained by Law&Crime show that he was booked Friday. Records also say he is 40.

The Steels released a statement on this arrest Sunday.

“We take all threats serious and turned over information to the FBI and the City of Pittsburgh Police,” they said. “We are thankful law enforcement was able to identify and track down the individual to make an arrest.”