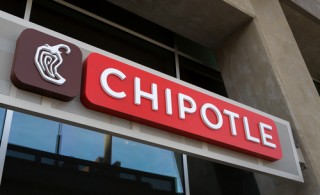 An administrative judge ruled in favor of a Philadelphia man on Monday after the former employee was fired for a tweet critical of the fast-food chain.

After all of Chipotle’s bad press in recent months, here’s some helpful words to live by: watch what you eat and watch what you tweet! James Kennedy was fired last year after firing off a tweet that criticized Chipotle on Twitter. However, a judge, in an “I got your back” ruling, determined that the Mexican Grill’s social media policy violated federal labor laws.

Now, the chain must offer to rehire the 38-year-old, and pay him for lost wages. So, what was so bad that it got Kennedy fired? In January, after a customer tweeted about a free meal, Kennedy fired off this response tweet that landed him in hot water: “@ChipotleTweets, nothing is free, only cheap #labor. Crew members make only $8.50hr how much is that steak bowl really?”

Kennedy took down the tweet after a supervisor alerted him to the company’s social media policy which banned “disparaging, false” statements about Chipotle. Nevertheless, he was fired two weeks later after circulating a petition about workers being unable to take breaks. Two strikes and you’re out!

Kennedy subsequently brought suit and was represented by the Pennsylvania Workers Organizing Committee (PWOC), which has pushed for higher pay for fast-food workers. An administrative law judge for the National Labor Relations Board (NLRB) agreed with PWOC, confirming that Kennedy was, in fact, unfairly treated.

“You cannot deny that their food is delicious, but their labor policies were atrocious,” he said in response to the settlement.

Even after his whole ordeal, Kennedy advised disgruntled employees to let their voices be heard. “If you want to tweet something about your personal experience at your job, do it,” Kennedy told Philly.com on Tuesday. “A lot of times your bosses will sugarcoat what’s going on. Doing it publicly really puts the spotlight on them.”