Chicago Does Away With Tampon Tax 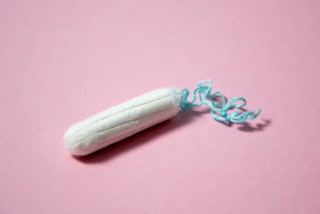 The Chicago City Council handed a victory to women on Thursday, rescinding a city sales tax on tampons and sanitary napkins that many have called unconstitutional.

In February, two Chicago aldermen proposed an ordinance to repeal the “unfair” and “discriminatory” so-called tampon tax in the city. One city official who pushed for the change was 72-year-old Edward Burke, who was first elected to office in 1969 and is apparently just as outraged about the hefty tax on feminine hygiene products as everybody else. “This tax only affects women. Is that fair?”Alderman Burke told DNAinfo. “These are not luxury items, and Chicago needs to lead the way in eliminating this unfair tax,” he said.

In Chicago, tampons and pads are taxed like any other common product at 10.25 percent (6.25 state tax, 1.75 county tax, 1.25 city tax and 1 percent transit tax). The City Council’s finance committee made the change last week, correcting an unfairness to women. Tampons and sanitary napkins are now characterized as medical necessities to be exempted.

In New York, five women seeking to abolish the Empire State’s tax on tampons and sanitary pads have taken their fight to the courts. The plaintiffs—Margo Seibert, Jennifer Moore, Catherine O’Neil, Natalie Brasington, and Taja-Nia Henderson—filed a class action lawsuit against the New York State Department of Taxation and Finance and its commissioner, Jerry Boone, urging lawmakers to halt the imposition of a 4% “luxury tax” on feminine hygiene products: tampons and sanitary pads. The lawsuit further claims that the tax violates the Equal Protection Clauses of the United States Constitution and the New York Constitution, respectively.

The battle over the “tampon tax” seeks to combat the misconception that feminine hygiene products do not serve medical purposes when in fact they are a necessity for women’s health. Without access to tampons, women may resort to unsanitary pads which can lead to “infections and an increased risk of diseases such as cervical cancer.” Hopefully, New York will soon follow suit.