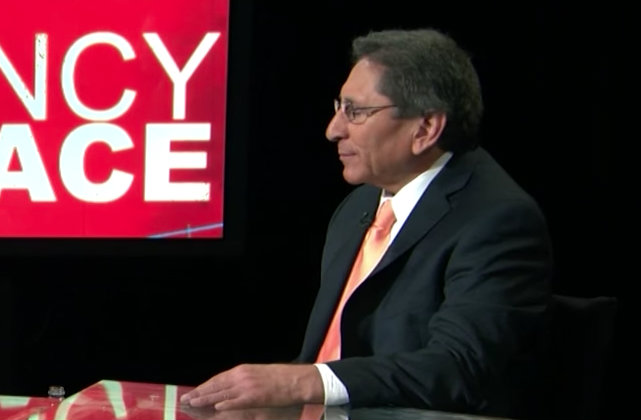 The  prosecutor in the Jodi Arias case has beaten back multiple complaints against him, but two attorneys are trying to push one more. Documents filed Wednesday by Arias’ lawyers accuse Deputy Maricopa County Attorney Juan Martinez of being a “serial sexual harasser of women,” according to an AZ Central report.

Their statement to the Arizona Discipline Probable Cause Committee said a female court staff member wrote them a letter about her allegation. She said that in 2005, she was talking with Martinez when he asked her to join him in the courtroom. At the time, he was prosecuting Cory Morris, a man later convicted for murdering five women. This staff member, a former probation officer, said Martinez came back with a “box/container” holding clothing worn by one of the victims. It smelled awful.

“I recall cringing from the smell, and the next thing I knew, he placed his hand on the back of my neck and pushed my face down into the clothing so that I could benefit (for lack of a better word) from the full scent emanating from this garment,” she wrote, as quoted in the letter submitted by Arias’ attorneys.

Arias’ attorneys said she could hand over the names of seven women–both present and former employees of Maricopa County–sexually harassed by Martinez on the job. Alleged victims include judicial assistants, court bailiffs, court clerks, and even a sheriff’s deputy.

Arias’ attorneys in this matter, Karen Clark and  Ralph Adams, first filed their complaint last year. They were originally hired to file a bar complaint against Martinez for his professional behavior when prosecuting their client. Martinez improperly shared information and had sex with two members of the media, and he tried to get information from a juror who was removed from the trial, they said.

The bar dismissed the complaint in January, but Wednesday’s letter is part of Clark’s and Adams’ attempt to appeal. Martinez’s attorney in this matter filed an objection. The bar’s Attorney Discipline Probable Cause Committee is set to decide on Friday whether to pursue an investigation into these new allegations.

Martinez successfully prosecuted Arias in 2013 for the murder of her former boyfriend Travis Alexander. Since the trial, he has faced six complaints about his professional behavior, but the state bar dismissed each one.