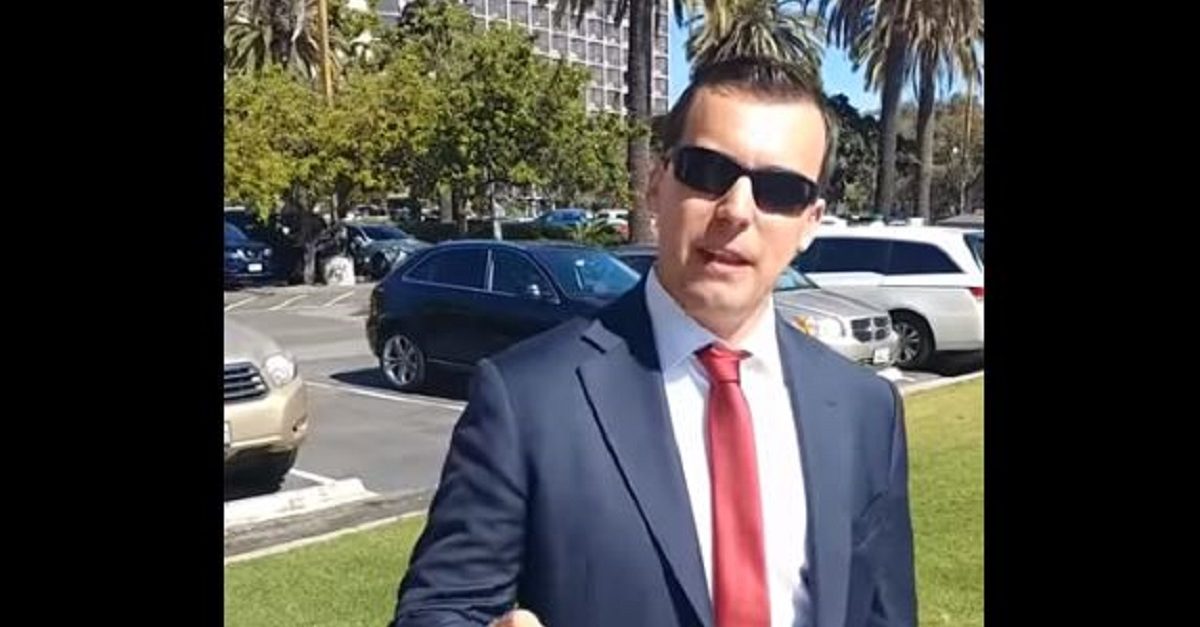 A Republican candidate hoping to unseat California Democratic Senator Dianne Feinstein may not be the one behind the robo-calls that have gone out to voters spreading an anti-Semitic message, but he certainly appears to appreciate them.

The message encourages voters to elect Patrick Little “to rid America of the traitorous Jews like Dianne Feinstein,” according to KFI News radio. It also says that Little will “get rid of all the nation-wrecking Jews from our country.”

Little denied having anything to do with the message, but when sent a recording of it and asked if he approved of it or renounced it, he responded to the San Francisco Chronicle by saying, “Show me the lie, and I will consider renouncing it.”

On his verified account on the social media site Gab, known as being the preferred platform for white nationalists, Little had posted about the robo-calls, saying, “The robo call was great work, whoever did that.” The account’s page is littered with anti-Semitic and anti-Israel posts.

Little was banned from the California GOP’s convention earlier this month, and was escorted out of the building by security officers. He was reportedly dragging and kicking an Israeli flag at the time.

“There is no room for that kind of speech here,” said California Republican Party executive director Cynthia Bryant.

When Little tried to register for the convention, saying he was a Republican, Bryant told him, “But you’re not welcome here.”

Senator Feinstein is expected to win reelection, as she continues to lead all candidates in recent polls.