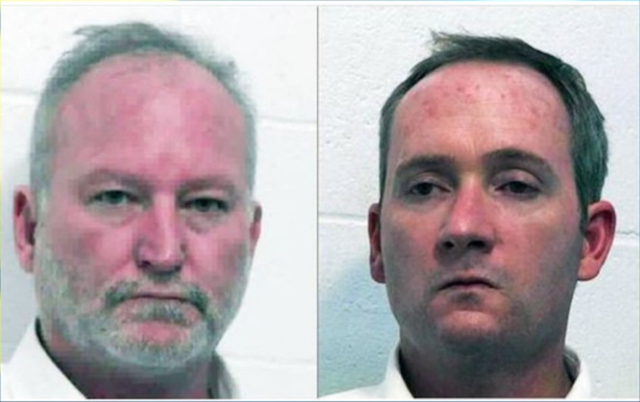 A child custody hearing in Georgia got physical on Wednesday as the attorneys for each side took the legal battle into their own hands–quite literally.

John Thigpen Jr. and Kenneth E. Futch had to be removed from the courtroom–and were subsequently thrown in jail–after lawyerly arguments slowly devolved into an all-out slugging match.

“I was the first one to them, I and my two captains separated them. About two hours into the hearing, the lawyers were in a fist fight. I don’t mean pushing and shoving. I mean a fist fight.”

The unprofessional pugilists had been representing their clients for awhile, when an unreported issue quickly led to the violent confrontation.

But the ill-timed bout of fisticuffs may not be as crazy as it seems. Thigpen and Futch have quarreled quite publicly in the past and lobbed serious allegations against one another that have had major impacts on their professional status. To wit, Futch threatened to have Thigpen arrested once while Thigpen was serving as a judge and Futch ultimately forced Thigpen to resign from that judgeship over allegedly racially charged comments recorded in secret.

Oh, and Thigpen represented Futch’s wife after she allegedly shot her husband with a gun.

With such a rich and storied history of hating each others’ guts, it was probably only a matter of time before they aimed for them with their fists.