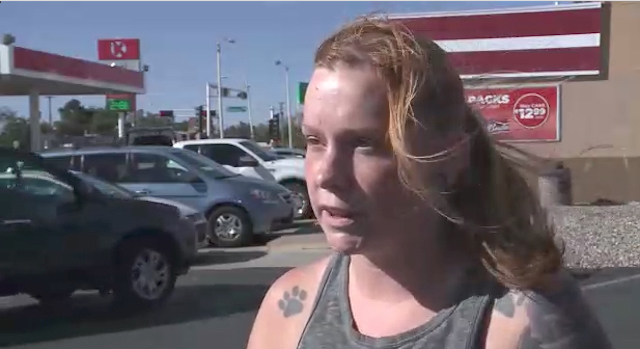 A convenience store clerk in New Mexico was suspended from her job after she defended herself during an attempted armed robbery by shooting her would-be assailant.

Jennifer Wertz was scheduled to work the night shift at a Circle K in Albuquerque. Her store and others like it had recently been plagued by a series of armed robberies, so Wertz came packing the night in question.

Sure enough, her foresight paid off. As Farron Mendez attempted to rob the Circle K, pointing his weapon at the armed clerk, she pulled out her own gun and shot him in the chest. Wertz described the scene:

It was literally within seconds. He pointed the gun. He actually fully engaged the gun, raised it and pointed it at my face. And then I grabbed my gun from my pocket, I cocked it and I shot.

Wertz holds a concealed handgun license and local police declined to press charges. But that didn’t stop her bosses from issuing a two-week suspension–apparently Wertz violated a company policy regarding robberies. Employees are expected to comply with robbers’ demands and do nothing beyond hand over what robbers request.

But now, the mother of three expects to lose her job–which she’s had for the past five years–entirely. She said, speaking to a local news station, “I’d rather be alive and have to find another job. So I was thinking about it and I realized it was either shoot or be shot so I decided to protect myself. I will continue to protect myself and my family.”

As Wertz is facing a definite two-week loss of pay–and the prospect of being unemployed–her mother has set up a GoFundMe in order to solicit donations so that her daughter and grandchildren land on their feet. Wertz’ mother wrote:

She wont ask for help herself so im doing this for her. She is torn apart emotionally and is in need of time to recover from this ordeal. She has always been a good person, mom, and daughter. She is in need of dire help to support her family. She was already living pay check to pay check and now has no savings or nothing to fall back on.

As for the man Wertz shot, Mendez is expected to live.