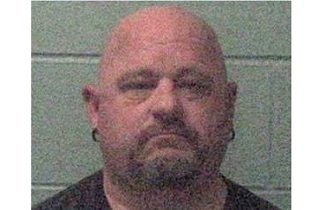 SIMPSONVILLE, S.C. (AP) — A former police chief in South Carolina has been charged with robbing a bank.

Simpsonville police investigator Cheryl Manley said in a court hearing Tuesday that Richard Inman had been cooperative in the investigation.

News media outlets reported that Inman is charged with robbing a bank in Simpsonville on Saturday. Investigators say a man handed a teller a note demanding money and saying he was armed.

He had been the police chief in Williamston until he resigned in 2011.

A magistrate has ordered that Inman wear an electronic ankle monitor if he is released from jail.

Inman said at a bond hearing Tuesday that he did not have an attorney.

Simpsonville is about 10 miles (15 kilometers) southeast of Greenville.