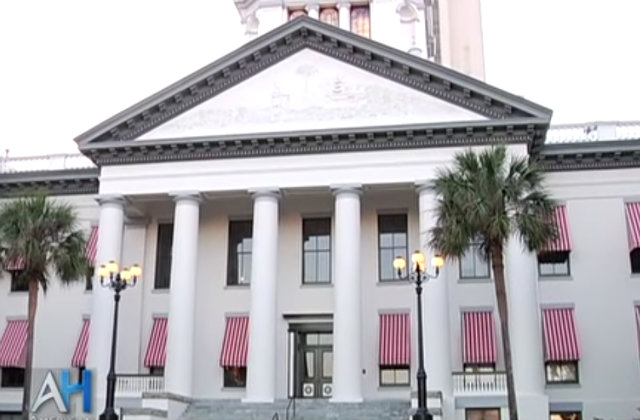 Rep. Cary Pigman, who is a doctor, voted no, saying the the state should pay attention to more pressing issues.

“We have problems with hypertension, with obesity, with diabetes, with Zika,” he said, according to the Sentinel. “We have a whole list of things that are important medically. I’m not so sure that we need to spend legislative time annunciating a specific complaint when we have others that are far more pressing.”

The Florida Senate has yet to consider a similar resolution in committee.

[Screengrab of the Florida Capitol building via C-SPAN 3]