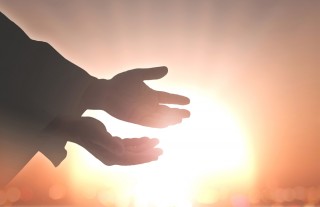 The Federal Election Commission isn’t messing around. On Wednesday, they sent out letters to the listed campaign offices of registered presidential candidates that they doubt are real. One of the ones they don’t believe in happened to be God.

The letter, sent to God’s campaign post office box in Staten Island, NY (where else), expressed its agnosticism by saying, “It has come to the attention of the Federal Election Commission that you may have failed to include an accurate name of the candidate and an accurate principal campaign committee under.” The FEC went on to say, “If the information you submitted in FEC Form 2 is, to the best of your knowledge and belief, true, correct, and complete, please file a response to confirm this,” with a reminder that “knowingly and willfully making any materially false, fictitious, or fraudulent statement or representation to a federal government agency, including the Federal Election Commission” is a punishable offense.

The FEC is giving God until September 29 to respond to their letter, or they will remove God’s FEC filings from their database.

Lest you think that the FEC is being blasphemous by questioning God’s existence, some digging into FEC records shows that the filing was originally made by God in February, but then an amended filing in April included documentation that God was born in Russia in 1957 under the name Joseph F. Kennedy. The former Mr. Kennedy apparently changed his name to God God in January 2016. In the April filing, God requested to change from a Republican to an independent, and that he be listed on the ballot as “God-Father.”