‘F–k You’: Daughter Lashes Out over Mom’s Sentence (WATCH) 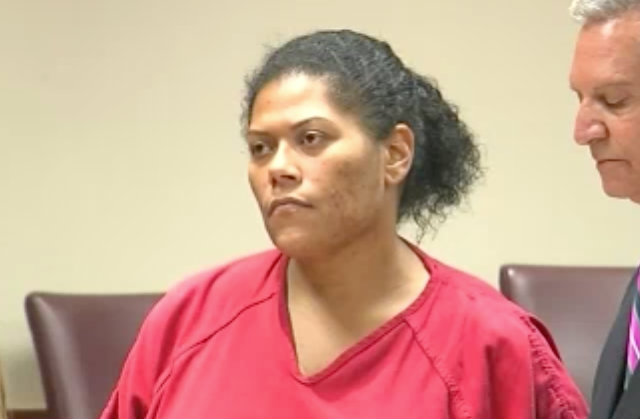 Rochester City Court Judge Leticia Astacio first wound up on LawNewz.com in February 2016 after a DWI arrest. It was the beginning of a winding road through court that involved a problematic trip to Thailand, and ended with a jail sentence handed out Thursday.

“F–k you, Judge Aronson!” her daughter yelled after the sentence. Footage via 13 WHAM:

Astacio was originally ticketed for driving drunk one Saturday morning at 8 a.m., while on the way to court. This ended up with a misdemeanor conviction in August 2016, with one year of conditional discharge. No jail time. She just had to follow certain rules: no imbibing, getting tested for alcohol, and putting an ignition interlock device on her car. Spoiler alert: Her sentence ended up getting extended to February 2018 after pleading guilty to rule violations.

While she was able to beat back several other allegations in March, the road to jail started with an incident on April 29. Officials in Monroe County, New York said someone, off-camera, blew a .061 blood alcohol level into the ignition interlock device. A few minutes later, a woman, “presumably the offender’s daughter,” was pictured blowing a .000 into the machine.

No action was taken since it was unclear who blew the .061 BAC, but Judge Stephen D. Aronson ordered an alcohol test. Astacio was not in New York State, however, or even in the United States. She was in Thailand, her attorney said on May 31, explaining why she missed a court hearing.

“Seriously?” Aronson said when told she’d be out of country until August. He issued a bench warrant for her arrest, citing her decision to leave the states without notifying the court.

But she did return decidedly earlier than promised. Astacio has been locked up since June 5. On Thursday, Aronson sentenced her to 60 days in jail, three years on probation, and six months with an ankle monitor.