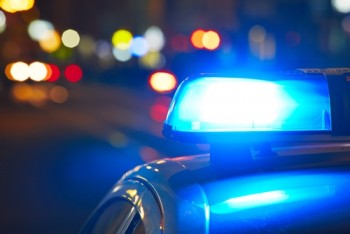 A Brooklyn man’s “series of bad decisions” earned him the distinction of being the only person arrested during the NYC travel ban, according to a spokesman for the NYPD.

After the travel ban went into place, NYPD officers spotted a white Lexus blow through two red lights at a high rate of speed in the middle of the blizzard.  Officers managed to stop the vehicle 86th Street and Avenue U in Gravesend and identified the driver as Aleksey Tsvetkov, 36, of Bergen Beach, Brooklyn.

When officers approached the vehicle, they noticed Tsvetkov smelled strongly of alcohol, had a “flush complexion” and “watery eyes”.  He refused to take a breathalyzer and was placed under arrest for DWI.  A subsequent search of his automobile also revealed marijuana and an unidentified controlled substance.

Dozens of other motorists were only ticketed for violating the travel ban, according to a department spokesman.