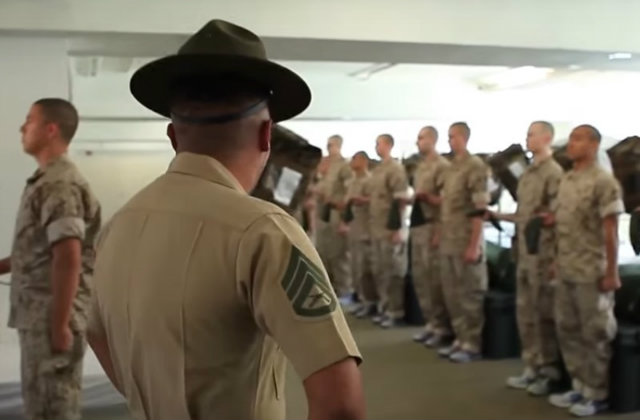 The U.S. Department of Defense is investigating after a report that people were sharing pictures of naked servicewomen and veterans on a Facebook page for Marines. Reveal News, a site by The Center for Investigative Reporting, said on Saturday that since Jan. 30, over dozen women were identified from the photographs. Hundreds of pictures in total (maybe more) were shared.

“We need to be brutally honest with ourselves and each other,” Sgt. Maj. Ronald L. Green told the outlet. “This behavior hurts fellow Marines, family members, and civilians. It is a direct attack on our ethos and legacy. It is inconsistent with our core values, and it impedes our ability to perform our mission.”

The War Horse, a news organization that contributed to the report, said they tracked down five of the women. Two claimed former partners might have leaked their pictures, while others worried about hacking. One servicewoman only learned that her pictures had been available after a male Marine told her.

Dozens of now-deleted Google Drive folders linked to from the Facebook page included dossiers of women containing their names, military branches, nude photographs, screenshots of their social media accounts, and images of sexual acts. Dozens of other subfolders included unidentifiable women in various stages of undress. Many images appear to have originated from the consensual, but private, exchange of racy images, some clearly taken by the women themselves.

There is an investigation into the matter, a Marine Corps spokesman at the Pentagon told The Marine Corps Times. Reveal reached out to the administrators of the Facebook page, Marines United, for comment. There was no response.