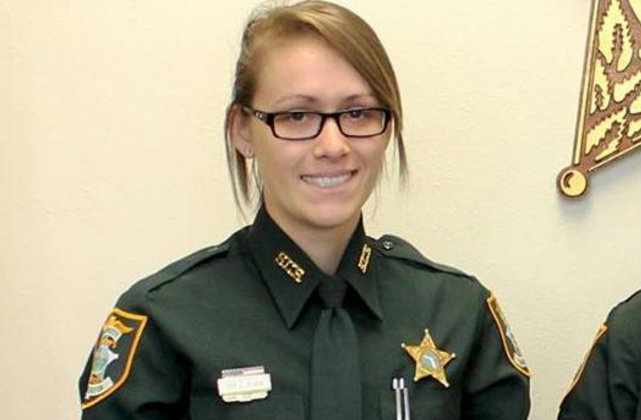 “As the first responding deputy on January 12, Plank was responsible for initiating the investigation into the attempted murder allegations reported by the victim,” the sheriff’s office said. “Plank however, intentionally ignored the victim’s report and physical evidence to cover up the crime.”

She had obtained an important photo from the victim’s apartment, the SCSO claimed. This depicted blood and hair evidence, but Plank never gave it to investigators.

In a text message sent to Bybee on the morning of January 12, Plank wrote, “Frankie, she said you tried to kill her.” Three minutes later, Plank assured Bybee, “…we squashed it.”

She faces a new felony charge of tampering with physical evidence, and is out on bond as of Friday. Authorities previously arrested her February 9. Plank got charged with providing false information to law enforcement during an investigation, but actually still has a job with the SCSO. They placed her on administrative leave pending the outcome of criminal and internal investigations. She pleaded not guilty to the original charge, citing lack of evidence, and a pre-trial date had reportedly been set for July 13.

The name Frankie Bybee might be familiar. We wrote about the alleged murder plot before.

The sheriff’s office arrested their now-former deputy in January for embezzling funds meant for looking after an elderly woman’s dog, making out checks to him and his children, and attempting to stage her suicide. His method: He allegedly broke into her home, tried to force feed her medication and later filled the abode with carbon monoxide gas from a running car in the garage. More charges were pressed in February.

Bybee will fight charges in a upcoming trial.