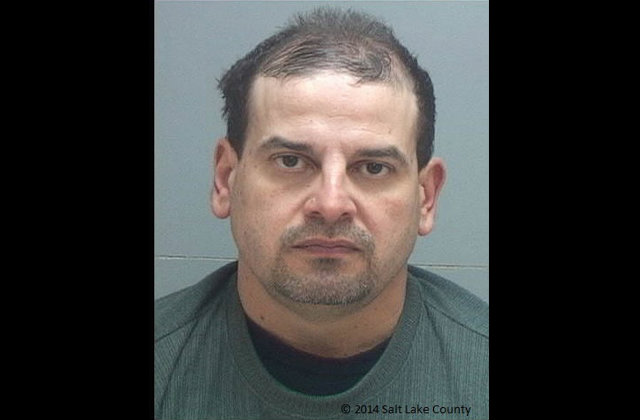 Komasquin Lopez is serving a 16-to-life sentence for the murder of wife Shannon Lopez, but that might change after the Utah Supreme Court ordered a new trial in his case. He is getting a new chance to argue his wife died by suicide because justices ruled that the conviction in part stood on unreliable expert testimony. The Court also found that the trial court erred in allowing evidence of prior bad acts including that Lopez allegedly pointed a gun at Shannon Lopez in previous incident, and also at his ex-wife in separate incidents.

Here’s the defense side of the case, as explained in the ruling. The defendant testified that he and his wife got into an argument December 2013 after he picked her up from work. The fight was over her meth use. (She had taken a “toxic” amount of the drug, according to medical examiners.) Lopez said they each said they were going to leave the other. Shannon reportedly said she was going to take the kids and go to her dad’s. Lopez testified he heard a sound like glass breaking, and turned to see Shannon “slumped forward.”

He crashed the car on the way to the hospital. Cops found a gun and holster in the driver’s side of the vehicle, and determined that the victim was shot in the left ear. Whoever fired the bullet fired intentionally, investigators said.

The defense brought evidence of Shannon Lopez’s history of contemplating suicide. She had previously sent her husband a text message saying she wanted to die; discussed suicide with her son; and a month before her death, threatened to shoot and kill herself.

“This baseline risk can be ‘offset[]’ by ‘protective factors,’ such as an optimistic outlook, a strong support network, or motherhood,” the ruling said, quoting and paraphrasing the doctor. “‘Acute risk,’ on the other hand, ‘entails the emotional, physiological, behavioral, and cognitive factors associated with an active suicidal episode.’ Taking baseline and acute risk together, the model posits that ‘a triggering event will only lead to suicide among individuals with sufficient [baseline risk].'”

Basically, the argument is that all the available elements together showed that Shannon Lopez didn’t die by suicide. Lopez’s defense said that she really took her own life. Their expert witness called it a “classic suicide.”

Justices ruled that the prosecution’s testimony shouldn’t have been admitted under the Utah Rule of Evidence 702.

“Dr. Bryan provided no information on how effective the theory was at determining suicide risk of those who are deceased, nor did he indicate whether there was any peer-reviewed literature regarding this application,” he wrote. “Indeed, it appears that Dr. Bryan never even addressed whether FVTS had ever been used to assess the risk of someone who had died.”

In the first instance, justices ruled that it wasn’t similar to the crime: The couple was demonstrating for a coworker how to effectively kill someone, so Lopez pointed the firearm near Shannon’s left ear. In the second and third instances, the justices stated it could not be relied for accuracy.

“The two incidents where Lopez threatened his ex-wife with a gun are the most similar to one another but because his ex-wife ‘could not recall the [closet] incident with great detail[,]’ the district court may not have been well-positioned to accurately assess the degree of similarity of those events,” the ruling stated.