Cop: I was Punished For Not Stopping Enough Blacks, Hispanics 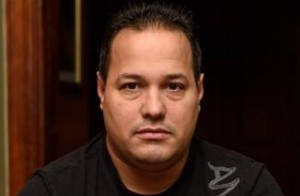 There is nothing better than a recording to prove your point. And that is exactly what this New York City police officer says he has. 44-year-old Michael Birch, says back in 2011, he secretly recorded a conversation with his commanding officer in which his boss told him he was not stopping enough black and Hispanic teens, according to an exclusive report by the New York Daily News.  He filed a complaint with the U.S. Equal Opportunity Commission, and also filed a complaint with NYPD’s Office of Equal Employment Opportunity.

Here is the gist of what happened. His supervisor believed that most of the crimes being committed in the subway transit system were by black and hispanic teens, and Birch wasn’t making the grade because his arrests were of whites, and women. Birch tried to tell his boss that almost half the people you see jumping turnstiles are women.

Besides the pretty persuasive argument that the supervisor is racially profiling himself, Birch will have some major hurdles to jump through to win this one. He does have one thing going for him: He is lucky that he made the recording in New York, which generally allows you to record your boss without their consent (take note).

BUT—and this is the BIGGEST problem with his case—the NYPD, as well as all cities, counties, and states, are subject to ‘sovereign immunity.’ That basically means that governments are IMMUNE from criminal or civil prosecution. There’s an exception: if you can provide evidence that the state, or in this case the NYPD, was engaged in a “pattern or practice of discrimination.” So unless Mr. Birch can prove that these comments went beyond just one conversation with his boss—and that black officers were systimatically punished for not stopping blacks or Hispanics—his case may bef doomed.

[via The Daily News]