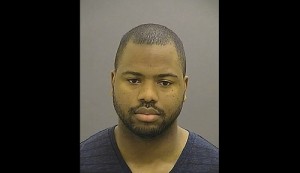 This article comes from the editorial staff of LawNewz.com, a new Abrams Media website covering law and crime launching next week.

The Court of Specials Appeals in Maryland has stayed a judge’s order which would compel Officer William Porter to testify against his fellow officers in the Freddie Gray case.

In a highly unusual legal ruling on Wednesday, a judge compelled Porter to testify against his fellow officers in the 25-year-old man’s death.  Porter’s attorneys say the ruling is a clear violation of his state and federal constitutional rights.

Porter is awaiting his trial this June, after jury failed to reach a verdict in his manslaughter charge.   Gray fell into a coma, and then eventually died, after being transported to jail last year.

Baltimore Judge Barry G. Williams said he found himself in “uncharted territory” — because he allowed the charges to stand but prohibited Porter’s testimony from being used against him, according to the Baltimore Sun.

But, in a Friday afternoon ruling, the higher court stayed Judge William’s ruling. That means the order is temporarily suspended until the higher court can make a ruling determining if the decision violates Porter’s constitutional rights.

This decision could potentially affect the start date of Officer Caesar Goodson‘s trial, which is scheduled to begin next week. Goodson is charged with the most serious offense, depraved-heart murder, and prosecutors wanted to use Porter’s testimony as evidence in his case.

The Fifth Amendment of the U.S. Constitution provides that “no person.. shall be compelled in any criminal case to be a witness against himself… ”